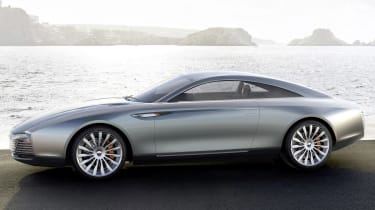 The Aston Martin DB9 may be nearing the end of its life with the new DB11 waiting in the wings, but that hasn’t stopped coachbuilder Cardi from building a bespoke concept on the underpinnings of the Gaydon-built grand tourer. Known as the Cardi Concept 442, it adds a completely new body to the DB9.

British cars have long been an attractive option for coachbuilders – Kahn Design, for example, is particularly well known for its Land Rover–based vehicles but also recently treated us to its own DB9-based machine, the Vengeance. Cardi is a Moscow-based coachbuilder better known for restyling Russian cars, but now it’s turned its attention to the DB9, with eye-opening results. 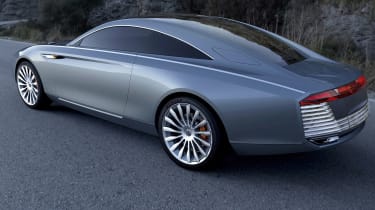 The Cardi Concept 442 is a comprehensive restyling of the DB9, with a longer, sleeker shape which tapers at either end. Wide grilles at the front and back are striking, albeit divisive, while the massive alloys have a turbine design.

Cardi’s engineers are working on the underpinnings of the DB9 and hope to remove the B-pillar completely – this will allow a panoramic roof and massive windows either side. Underneath the skin, the Concept 442 will keep the DB9’s powertrain – which means a naturally aspirated 6.0-litre V12 and six-speed automatic transmission. 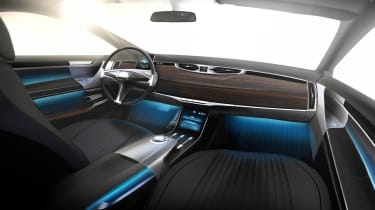 Inside, the Cardi Concept 442 has received a full makeover as well, with the wide swathe of wood across the dash giving the cabin a nautical feel. This is aided by the slim steering wheel and sleek design - analogue dials have been replaced by a digital screen, while even the climate control system relegated to three slim strips on the lower part of the dash. The infotainment screen is low-mounted and controlled by a BMW iDrive-style wheel, while an analogue clock sits in the centre of the whole thing.

The images of the Concept 442 were released in a special brochure commemorating Cardi’s 25th anniversary. It’s not yet known if Cardi plans to commercialise the Concept 442, but we can think of a few DB9 owners who would undergo the transformation just to stand out more.

Would you add a coachbuilt body to your car? Let us know in the comments below...