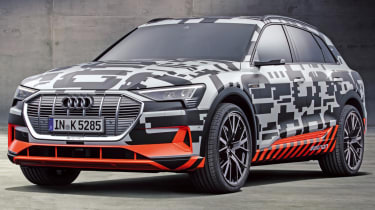 Audi has revealed more information on its plans to launch 5G-connected cars in the near future. The innovation will come from a joint venture with Chinese tech giant Huawei, allowing vehicle-to-X (V2X) communications for safer, semi-autonomous driving.

While the alliance was formed in 2016, new details offer insight into how the technology will work when it launches in the next few years. The set-up will precede fully autonomous driving, offering “additional help” to make city driving safer and more efficient.

By reading current traffic conditions, your car will be able to communicate with traffic lights, cameras and road signs, to best direct you to your chosen destination.

The systems will launch first in China, before being rolled out later across Europe and the US. The V2X tech is being trialled in Jiangsu Province in eastern China, but by 2020 bosses want 90 per cent of the country’s cities and highways covered. This suggests trials will start early in the next decade.

A Huawei spokesperson said: “This is not one car. It’s a community. It allows communication with people, facilities and cars.

“V2X can read crossings and [traffic] lights, slowing your car progressively,” they said. “You can get additional help to adjust speeds for red lights. It will offer assisted driving.”

The technology will force the adaptation of existing roads, too, with new construction in nine Chinese provinces already meeting revised legislation for intelligent highways.

No time frame was given to when the systems may launch in Europe, although our Huawei spokesperson suggested the company would focus on urban parking solutions to begin with.

Are you looking forward to the arrival of fully connected cars? Let us know your thoughts below...