The Audi S4 Avant has been fitted with a new diesel mild-hybrid powertrain, promising improved performance and economy 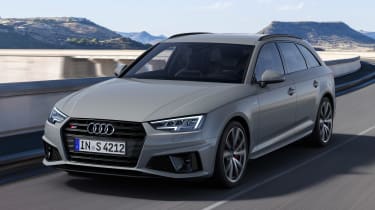 Like the rest of Audi’s S-branded range, the 3.0-litre engine produces 342bhp and 700Nm of torque, fed to all four wheels via an eight speed automatic gearbox. Also like its stablemates, the S4 Avant will reach an electronically limited top speed of 155mph, while 0–62mph takes 4.9 seconds. 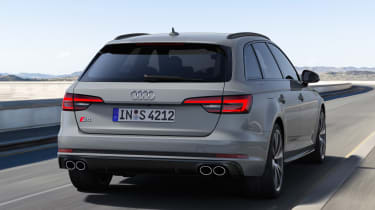 The engine features a large turbocharger, driven both by exhaust gasses and a small electric compressor. The compressor is automatically activated whenever the required engine load exceeds the capabilities of the turbocharger, with Audi claiming the system reduces turbo lag.

To improve economy and emissions, the new S4 Avant is fitted with a mild-hybrid system comprising a 48-volt belt-driven alternator starter, an energy recovery system and a 0.5kWh lithium-ion battery pack. European economy figures stand at 6.3l/100km (44.8mpg), while emissions are a claimed 164–165g/km of CO2.

Now read our review of the Audi A4. Let us know your thoughts in the comments section below…