The Audi S5 is now available with a new diesel mild-hybrid powertrain, offering both improved performance and efficiency 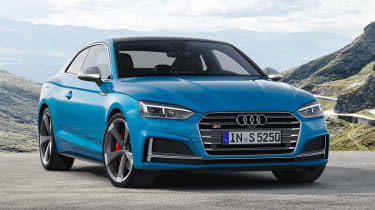 Like the recently launched Audi S6 and S7 Sportback, the German manufacturer has introduced a new V6 diesel mild-hybrid powertrain for the Audi S5.

The new 3.0-litre diesel engine produces 342bhp and 700Nm of torque, with power being fed to all four wheels via an eight-speed automatic gearbox. As a result, both the S5 Coupe and S5 Sportback will reach an electronically limited top speed of 155mph, and hit 0–62mph in 4.8 seconds and 4.9 seconds respectively.

The engine uses a large turbo, which is partly driven by a small electric compressor, as well as exhaust gases. Audi claims it offsets the effects of turbo lag, with the system being automatically activated whenever the requested engine load exceeds the capabilities of the turbocharger. Under normal driving conditions, the electric compressor is bypassed with a valve. 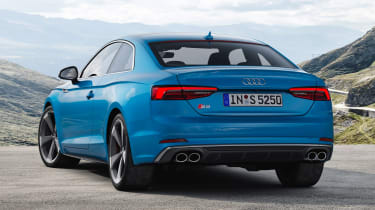 The S5’s new mild-hybrid system comprises a 48-volt belt-driven alternator starter, a 0.5kWh lithium-ion battery pack and an energy recuperation system. Audi claims improved fuel economy, thanks to a revised engine control unit which shuts off the combustion engine when coasting at speeds between 34mph and 99mph.

To complement the new powertrain, Audi provides a host of chassis upgrades for the S5 range, including progressive steering, sport suspension and a revised electronic chassis platform, which controls the car’s four-wheel-drive system and throttle response. Audi also offers optional adaptive dampers and a sport differential.

Styling updates include S-Line front and rear bumpers, aluminium-look mirror caps, a revised diffuser, an updated honeycomb grille and a new exhaust system with dual-chrome tailpipes. LED headlights and tail lights are fitted as standard, as are a pair of leather-trimmed sports seats, a 12.3-inch digital gauge cluster and an 8.3-inch infotainment system.

Now read our review of the standard Audi A5. Let us know your thoughts in the comments section below…