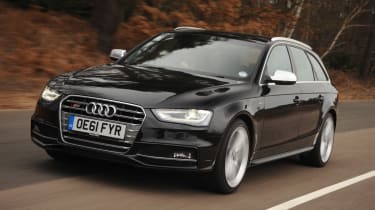 A 328bhp supercharged V6 engine, five seats and an enormous boot: the Audi S4 Avant certainly ticks a lot of boxes and is very appealing as a result. There are not many other cars on sale that can deal with a ski holiday, a trip to the DIY store and a trackday with almost equal aplomb. All this versatility comes at a price, though: the S4 Avant will set you back nearly £40,000. For that much money, buyers may want a car that stands out a bit more than this subtle, restrained estate.

Fast Audis are often criticised for lacking excitement and involvement to go along with their breakneck pace. But the S4 Avant is one of the better recent offerings. It doesn't have quite as much power as the old 4.2-litre V8 model it replaced, but the V6 engine's supercharger ensures seamless power delivery right the way through the rev range, and it certainly doesn't feel any slower than its predecessor. It is more entertaining, though, thanks to a clever differential that allows more power to be sent to the rear, so the quattro four-wheel-drive estate behaves more like a rear-wheel-drive sports car.

Fuel economy has been improved significantly over the old V8 model, but you'll still do well to hit the high 20s in day-to-day driving. Make full use of the V6's considerable power, and that figure will drop into the high teens – a worrying prospect with today's fuel prices. The S4 sits in Band L for road tax, so it will cost more than £400 a year. Depreciation is fairly heavy, too, with only about 30 per cent of new value retained after three years: those high running costs make these cars unattractive as a second-hand purchase.

The Audi S4 Avant doesn't stand out from the rest of the A4 range. Only 'V6T' badges on the flanks and 'S4' logos on the rear hatch and front grille give away its prodigious performance. Eagle-eyed observers may also spot the twin exhausts under the rear bumper and silver wing mirrors, but overall, the only clue to what variety of A4 Avant you're seeing is how fast it's moving. This will suit some buyers down to the ground, as the S4 doesn't attract unwanted attention, but others will be disapppointed that such an expensive car can look so unremarkable. Inside, you get the typical high-quality materials and logical layout that has become the norm with modern Audis.

Top marks here: the S4 Avant offers the sizeable carrying capacity and interior flexibility of the more humdrum standard A4 estates. It'll take an enourmous 1,430 litres of luggage with the rear seats lowered, and a still-impressive 490 litres with them raised. Four adults can share the cabin in comfort, plus a fifth on shorter journeys, thanks to excellent head and legroom all round. Extremely comfortable seats and a whisper-quiet cabin mean the S4 is ideally suited to long-distance travel. Only the aforementioned high running costs blunt its appeal as an everyday family car.

Quattro four-wheel drive and uprated performance brakes make the Audi S4 Avant even safer than the already very secure standard A4 Avant. That car scored the maximum five stars in Euro NCAP's industry-standard crash test. The current crop of Audis has proved to be extremely reliable, and even the hi-tech S4 rarely sees any serious faults. This is borne out by the fact that there have been no recalls as yet for either the standard A4 Avant or the S4. As with all high-performance cars, however, regular maintenance in line with the manufacturer's schedule is essential to avoid serious problems down the line. 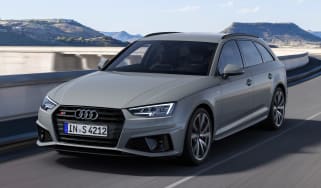 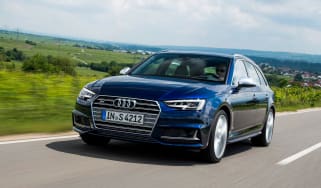 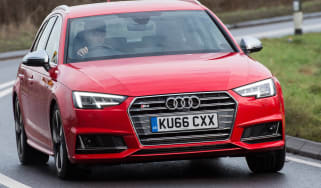 With rivals edging in on its territory can the new Audi S4 Avant retain its crown as we drive it on UK roads for the first time?
Audi S4 Avant vs VW Passat R36 estate 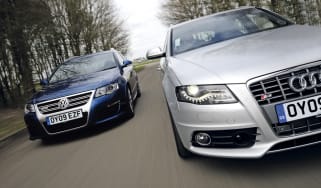 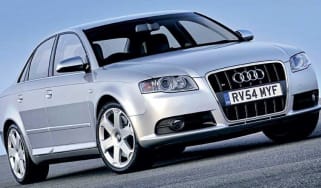 It might not be worth as much in Scrabble, but S is to Audi what M is to BMW: a single letter that marks a car out as something particularly special.
Audi S4 Cabriolet 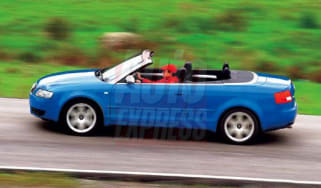 For many, the attraction of owning a convertible is to feel the wind in their hair. If that's you, then be careful with Audi's new S4 Cabriolet, as it…
Audi S4 Avant 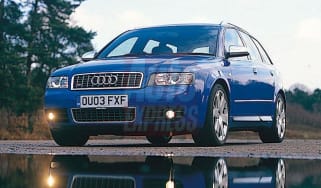 For a company that makes so much of its engineering skills, Audi's approach to the science of car building is not as straightforward as you might imag…
Skip to HeaderSkip to Content