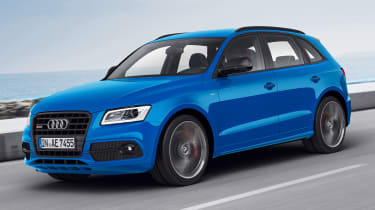 Sporty SUVs are the cars to be seen in right now. There's a huge range available to cater to every taste, from the bonkers Porsche Macan Turbo to the bespoke Alpina XD3.

Every manufacturer is climbing onto this bandwagon with forthcoming models like the Jaguar F-Pace, but some marques already know a thing or two about making a desirable 4x4 with performance and looks in equal measure.

Audi's popular SQ5 has been around for a few years now, and now the brand has gone one further and introduced the SQ5 TDI plus. On sale at the end of the year, it brings subtle styling tweaks and extra power. 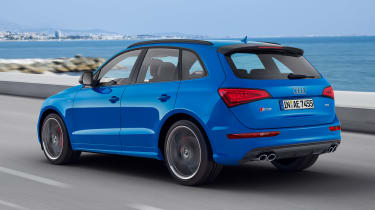 The original SQ5 was Audi's first performance SUV, and it was also the first S model with diesel power. The SQ5 TDI plus builds on this formula, with an extra 27bhp and an extra 50Nm of torque from its 3.0-litre V6 bi-turbo diesel engine, bringing the figures to 335bhp and a colossal 700Nm of torque. This takes the nearly 2-tonne SUV from 0-62mph in just 5.1 seconds, with an electronically limited top speed of 155mph.

The SQ5 TDI plus benefits from Audi's rally heritage with the quattro four-wheel-drive system. For the first time though the car benefits from a sports differential on the rear axle, keeping power evenly distributed between the car's 21-inch wheels.

Despite all these sporting figures, the SQ5 TDI plus still offers impressive economy. While you're unlikely to see these figures when making use of the car's performance, a quoted 42.8mpg is pretty good for a car with this much grunt under the bonnet, while CO2 emissions of 174g/km means road tax will cost £225 per year. 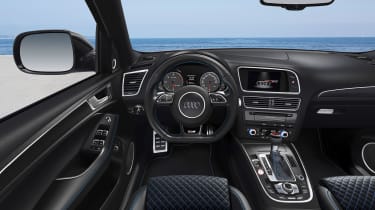 For those who like people to know they're driving something a bit special, there's lashings of gloss black trim on the door handles, exterior mirrors and the roof spoiler.

Inside, the Nappa leather seats feature a quilted pattern. If that's not enough, 100 people will be able to purchase the exclusive 'Macaw Blue' version, which has a unique crystal effect paint colour, along with contrasting stitching on the seats and steering wheel.

UK prices are yet to be confirmed, but the German on sale price comes in at just under £50,000 when converted.

Do the plus updates tempt you to buy an SQ5? Let us know in the comments below...