We test new Audi SQ5 SUV, which is based on the Q5 and powered by a 3.0-litre V6 turbodiesel 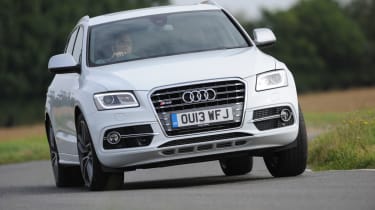 The introduction of the Audi SQ5 marks a new era for Audi’s S performance division. It’s the first SUV to benefit from the brand’s sporty makeover, and the first S model with diesel power. Under the bonnet is the 3.0-litre V6 twin-turbodiesel from the A6. The SQ5 also has revised suspension and a sportier design than the standard Audi Q5.

One area where the SQ5 has a definite advantage over its closest rival, the Alpina XD3, is in how it sounds. Fire up the twin-turbodiesel V6, and you could believe you’re being powered by a V8 or V10. That’s because Audi has added a sound generator to the exhaust, which gives it a suitably aggressive rumble that turns into a muted roar when you accelerate. There’s also a whoosh from the turbos when you floor it, although it’s not quite as distinctive as the XD3’s high-pitched whistle. While the 309bhp diesel is 36bhp down on the Alpina’s, and also has a 50Nm torque disadvantage, these cars were closely matched on performance. A 0-60mph sprint time of 5.1 seconds is fast in anyone’s book, although the XD3 was quicker still, taking 4.9 seconds. The combination of quattro four-wheel drive and a slick-shifting eight-speed S tronic auto gearbox meant that the SQ5 delivered its acceleration consistently and without drama. Audi’s Drive Select system is an optional extra (£220), and has also been tweaked for the SQ5’s high-performance nature. Selecting Dynamic mode sharpens throttle response and instructs the transmission to hold on to gears for longer. But while there’s lots of grip, the SQ5 still feels like an SUV when cornering. The suspension is unsettled by mid-corner bumps, and the standard Dynamic Steering set-up delivers inconsistent feedback, which doesn’t inspire much confidence. Switch to Comfort mode, and engine noise is reduced, while the box shuffles up through the gears as quickly as possible. The steering still lacks consistency, however. And unlike the standard Q5, you can’t specify the optional adaptive dampers. The SQ5 follows every bump in the road and crashes into potholes. Plus, as this model is designed to be a fast road car, its off-roading abilities have been severely compromised. A flat, grassy field is about as far as you should attempt to take it off the beaten track, despite the inclusion of hill descent control.

Diesel power normally means low running costs, but while the SQ5’s big-capacity twin-turbo V6 will definitely be more efficient than a petrol V6, it is not as efficient as the Alpina XD3, for example, despite having less power. The Audi also emits 5g/km more CO2 than the Alpina, at 179g/km, so it’ll cost £20 more a year in road tax. But as the £44,055 SQ5 is nearly £11,000 cheaper than its rival, company car tax costs are significantly lower. You’ll need to spend around £2,000 on extras to get the Audi up to the same spec as the XD3, yet if you go to town on the options list, you can easily match the Alpina’s price.

It’s clear as soon as you look at the Audi SQ5 that it’s more than your average Q5. For starters, it’s 31mm lower, while the wheelarches have been flared to add 13mm to the car’s width. It’s also 15mm longer than the standard car, thanks to deeper bumpers front and rear. Two crystal-effect colours are exclusively offered on the SQ5, although we think the sporty styling tweaks do enough on their own to mark it out as something special. The satin silver wing mirrors are a traditional feature of S models, and they’re complemented by silver roof bars, while the imposing grille, quad exhaust pipes, dark grey diffuser and standard 21-inch alloys give the car a more aggressive appearance. The SQ5 looks squat compared with the high-riding Alpina XD3 Bi-Turbo, plus it has more subtle styling, which will appeal to some buyers. Inside, the updates are just as subtle. There are SQ5-branded kickplates, special badging on the dials and embossed lettering on the leather trim. Aside from the heavily bolstered sports seats, the rest of the cabin is pure Q5 – although that’s no bad thing, as it’s very well built. A lower seating position means the Audi feels sportier than the Alpina as well.

Upgrading from Q5 to SQ5 doesn’t require any compromise on practicality, but with 520 litres of boot space, it's 10 litres smaller than the Alpina XD3's, at 540 litres. Fold the back seats, and the load capacity increases to 1,560 litres. The seat folding levers are handily placed next to the seatbases. The load partition system on the car is a £180 option. Back seat space isn’t quite as good as it is in the XD3. There’s less legroom, and the black headlining made our car feel a little bit claustrophobic, although you can specify a light grey lining for no extra cost.

Not enough Q5 owners took part in our Driver Power 2013 satisfaction survey for the car to feature, but Audi came 10th overall in the manufacturer list and 23rd for dealers. On the whole, it seems there are no major issues with the Q5, so as the flagship the SQ5 should be built to an even higher standard. It goes without saying that annual maintenance will help keep things running smoothly, and you can opt into Audi’s fixed-price servicing scheme for as little as £20 a month. Euro NCAP tested the standard Q5 in 2009, and awarded it a five-star rating, with higher percentage scores than the BMW X3 for adult and child occupant safety. There are Isofix child seat mountings in the back and for the front passenger seat, as well asan all-important airbag deactivation switch. 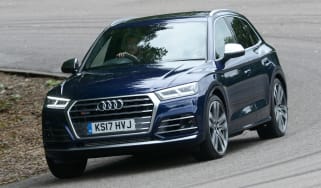 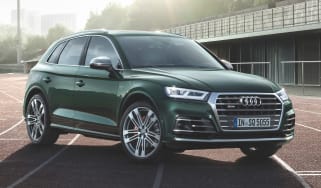 Audi announces on the road price for the new SQ5 SUV, with first deliveries expected in June 2017
Audi SQ5 TDI Plus 2016 review 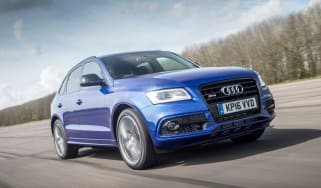 The standard SQ5 will continue to sell alongside the SQ5 Plus, with the latter boasting extra power and kit
Audi's S range expands with SQ5 TDI plus 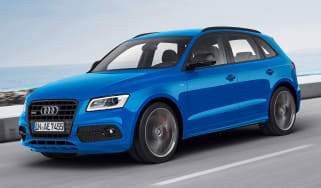 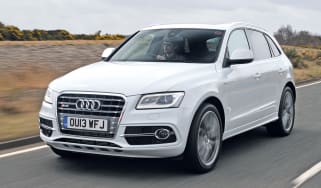 The 309bhp Audi SQ5 is the first ever diesel-powered S model, and it has finally arrived on British roads
Audi SQ5 TDI 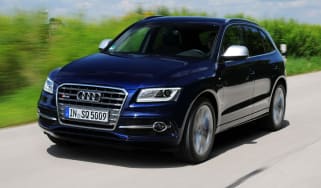 The new Audi SQ5 is the first-ever diesel S model – so is it worthy of the badge?
Skip to HeaderSkip to Content