Audi announces on the road price for the new SQ5 SUV, with first deliveries expected in June 2017 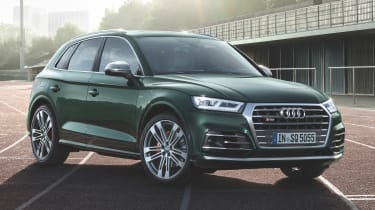 The new SQ5 SUV is set to cost £51,200 when it arrives in the UK, with first deliveries expected to take place in June according to Audi.

The German marque unwrapped the hot SUV at the 2017 Detroit Motor Show, revealing that the new model would receive a brand new 3.0-litre turbo V6 petrol engine producing 349bhp and 500Nm of torque, available between 1,370rpm and 4,500rpm.

This new engine is more powerful than the current diesel Audi SQ5 TDI Plus, which has 335bhp at its disposal, but can’t match its 700Nm of torque, nor its 0-62mph time of 5.1 seconds. In the latter regard, the new SQ5 is a fraction slower at 5.4 seconds. 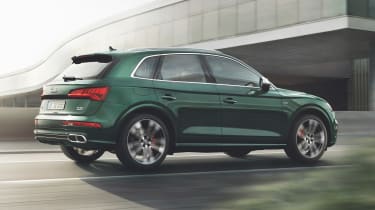 There remains no word on a diesel option for the updated SQ5 model, despite the fact that up until now, diesel had been the only fuel option available in the UK.

The current SQ5 Plus also beats the incoming iteration when it comes to fuel economy and emissions, returning 42.8mpg and 174g/km of C02 compared with 34mpg and 189g/km respectively. This is a stark difference when you consider that the new SUV will be 35kg lighter thanks to new body architecture.

As expected, the SQ5 comes with quattro all-wheel drive and an eight-speed tiptronic automatic gearbox, as well as active torque control that can brake the inside wheels as you enter a corner to improve the car's dynamic ability. Audi’s electronically regulated ‘S’ suspension system also finds its way onto the SUV. 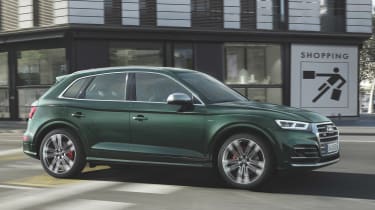 In terms of looks, the SQ5 features sportier bumpers both at the front and at the back, plus new vents and a diffuser to give it more muscular appearance. The grille is new as well, with aluminium trim details to set it apart from less exclusive models. The twin exhausts finish the makeover, together with 20-inch alloy wheels.

What do you think of the new Audi SQ5? Leave us a comment below...