The all-new Bentley Continental GT Convertible will go on sale early next year, priced from just over £175k 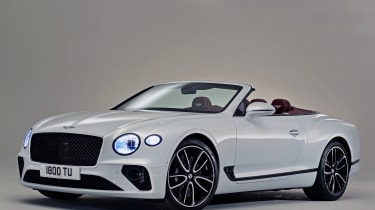 This is the all-new Bentley Continental GT Convertible, the third generation of the British firm’s drop-top Gran Tourer. It goes on sale next spring priced from £175,100 – the best part of £25,000 more than the coupé.

The look of the latest GTC carries over the evolutionary approach of the coupé, with the front wheels pushed further forward compared with the old car. This allows for a lower nose, which is decorated with some exquisitely-detailed LED headlights.

Around the back, the coupé’s retractable rear spoiler has been dropped. In its place is a small lip that reduces lift while also minimising drag, yet leaving the latest model’s flowing lines intact.

The new hood is available in seven colours and even a contemporary tweed finish. It takes 19 seconds to drop out of place into the flush rear deck, at speeds of up to 30mph. The need to store that roof has impacted on practicality slightly, with boot space dropping to 235 litres from the coupé’s 358 litres. 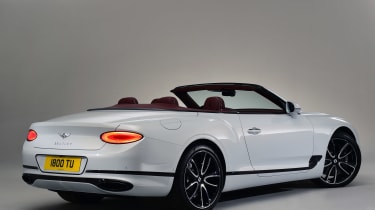 The roof itself is better insulated than before, which means that the new GTC is three decibels quieter at a cruise as well.

Inside, the overall design is much the same as the coupé, albeit with some additions to maintain its comfort whether the roof is up or down. An updated neckwarmer blows air more quietly than it did before, and there are heaters in both the seats and the armrests.

When the new car arrives next year it’ll have Bentley’s 626bhp 6.0-litre W12 engine under the bonnet, with 900Nm of torque being fed through the Active All-Wheel-Drive system. 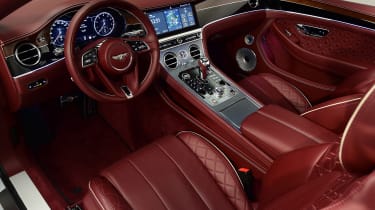 The new car also comes with Bentley Dynamic Ride with a 48-volt roll-control system and air suspension that features 60 per cent more air in the three chamber springs than the softest settings on the previous car.

What are the best convertible cars on sale? Check out our list of the top 10 right here... 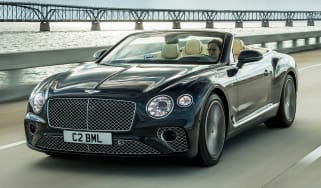 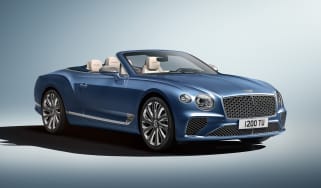