It's a golden moment for Skoda. The Czech firm has retained top spot in the manufacturers rankings in 2011! 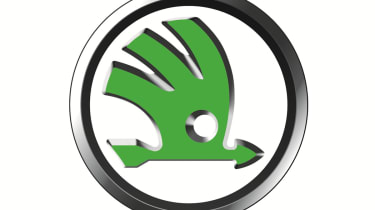 This is the award we give to car makers who prove that their cars really are the pick of the field.

Any brand that invests everything in one flagship model at the expense of the entire line-up won’t be picking up a gong here. Those that rise to the top of this chart have a range of top class models - all of which impress.

To calculate the average score for a manufacturer, your ratings for each and every model in its range are averaged out to give an overview of each marque’s performance.

Even models that didn’t make it into the Top 100 cars are included here, to give the most accurate and helpful result possible.

There are some very familiar bonnet badges to be found at the head of the pack, with Skoda, Lexus and Jaguar at the top of their game. While the top 3 retain their podium positions, from 2010's results, it’s all change in the rest of the chart.

The biggest winner of the lot is Nissan, which has climbed 14 places up the ranking. Now under the ownership of Fiat, Chrysler will also be celebrating a nine position shift, while Volvo has managed a significant eight place jump.

But for every winner there has to be a loser, and it’s Land Rover which will be nursing the deepest wounds in the manufacturer ranking.

Its 13 position drop is tricky to explain for a marque with some of the most talented and desirable 4x4s on the market in its current line-up.

1st SKODA | Overall ranking 89.01% | 2010 position: 1st (non-mover) The Czech champions have done it again! Skoda’s unbeatable range of models has not only dominated the Top 100, but the combined ratings have led to an unbeatable average score for the brand of 89.01 per cent. Remember this includes all the Skoda models reported on, proving that the firm has now been producing top quality cars for many years.

2nd LEXUS | Overall ranking 87.07% | 2010 position: 2nd (non-mover) Once a consistent winner of the manufacturer chart, Lexus has again had to move aside and let Skoda take the gold medal. Sticking at a solid second place is still a fantastic achievement for the car maker that prides itself on quality and reliability, and Lexus was rated first overall in the build category.

3rd JAGUAR | Overall ranking 86.86% | 2010 position: 3rd (non-mover) Another great result for Jaguar, which has well and truly cemented its reputation as one of the finest premium manufacturers of the lot. It’s only marginally ahead of the fourth placed marque, but Jaguar bosses will be delighted to learn that its cars have been voted the best riding of the lot.

For a closer look at the best cars in Britain, don’t miss your free Driver Power Magazine, inside Auto Express issue 1,161, on sale now.

How are our results calculated? Our survey asks drivers to rate their car out of five in 10 key categories. An independent data processing company then crunches the numbers to provide the overall average scores.

Why doesn’t my car feature? Not all models can be included, due to the sheer number of cars on UK roads. Plus, to ensure our results are reliable, we need a robust sample size of drivers of each vehicle.