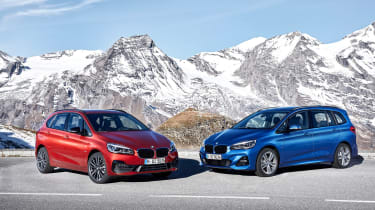 BMW’s pair of 2 Series MPVs – the Active Tourer and Gran Tourer – are the latest cars from the Bavarian premium brand to receive a facelift, following a 2017 that saw BMW update a substantial cross section of its range.

Both BMW i cars – the i3 and i8 - received upgrades last year, while the 1 Series, 2 Series and 4 Series were all facelifted too.

The updates revealed here for both the 2 Series Active and Gran Tourer include a design refresh, plus updates in the cabin, engine udates, and a new seven-speed Steptronic automatic gearbox. 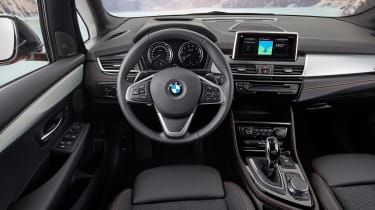 BMW is still very much a newcomer to the MPV segment, entering the market back in 2014 in a bid to provide competition for the Mercedes B-Class. However by BMW’s latest count, over 380,000 2 Series Active and Gran Tourers had found homes worldwide by the end of 2017. Despite dwindling MPV sales across Europe, BMW considers these two models important because around four-fifths of the people who buy them are new to the German brand.

Both models retain the same roles as before; the Active Tourer is a five-seat MPV, while the Gran Tourer seats seven and boasts a longer wheelbase. Aside from this they use identical styling cues, which BMW has altered with a fresher look mimicking some of its latest releases.

At the front, a new, larger set of kidney grilles is found on the nose, flanked by fresh headlights with new hexagonal lighting signatures. The lights are halogen as standard, but full LED and adaptive LED units will be available too. New LED foglamps are also on the options list, though the front bumper itself remains largely unchanged.

Minor tweaks to the rear apron have also been introduced, and in a bid to inject a bit of additional sportiness. The most notable of these changes is the introduction of thicker, larger looking exhaust exits housed in more muscular looking bodywork, while all four-cylinder models gain twin tailpipes. Again, buyers will be offered an M Sport styling package, introducing a sharper look with more aggressively sculpted front and rear bumpers, plus 17-inch alloy wheel as standard. 17-inches isn’t as large as the wheels can go, however. Sizes range from 16 to 19-inches, with six new designs added to the options list. 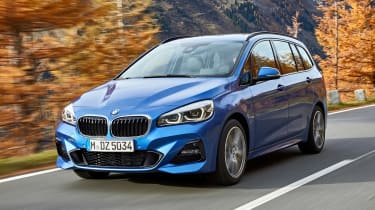 Fresh fuel economy figures under the new WLTP testing regime have yet to arrive for most power units, but BMW claims that the engines – representing the same spread as before, including plug-in hybrid options – are now more frugal, with petrol options gaining a slight power increase.

Both versions of the 2 Series will go on sale in the UK later this month, with first deliveries targeted for late March. Prices for the updated models should start from around £26,000 for the 216d model in SE trim.

What do you make of BMW's refreshed MPVs? Tell us your thoughts in the comments. 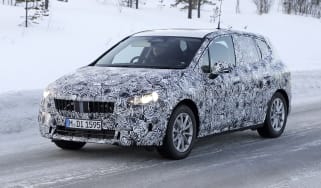 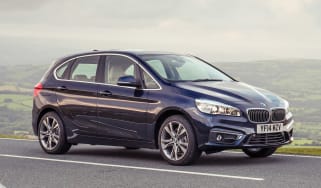