After unveiling a concept version of the M4 GTS at the Pebble Beach Concours d’Elegance in California earlier this year, BMW has lifted the covers off the production-ready version – complete with an uprated 493bhp straight-six engine and lightweight carbon fibre body parts. 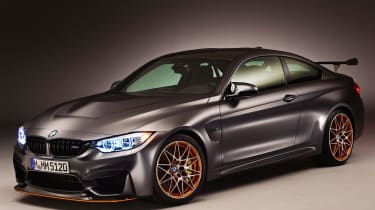 The special-edition M4 GTS is designed as the halo product for BMW’s M-car line-up, and will be strictly limited to 700 units worldwide. Half will find homes in the US and Canada, with the rest distributed globally. Just 30 are destined for the UK, with each costing £121,770 – more than twice the price of a standard M4 Coupe.

According to M4 product manager Christoph Smieskol, the GTS continues the brand’s history of “special GTS models”, and “proves what M is capable of”. 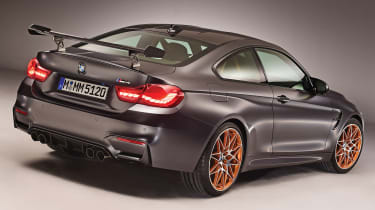 The lightweight road car debuts a variety of BMW firsts, including OLED light tech and an innovative water injection system. The latter cleverly cools the air feeding the turbo – resulting in a massive power increase without any noticeable disadvantages in terms of fuel economy. However, it’s only really effective above 5,000rpm – so if you use your M4 just to travel to and from work and never on track, you could effectively avoid ever having to refill the five-litre water tank in the boot.

But the lights are largely aesthetic. While the tail-lamps emit a sharper glow, their tech opens up a world of new designs – making the car look sensational at night. Smieskol told us we could see this tech on more mainstream models, like the 3 Series, within two years. “The light is working, the technology is there,” he said. “The challenge is putting it into a production process.”

M4 GTS: fastest BMW ever at the Nurburgring 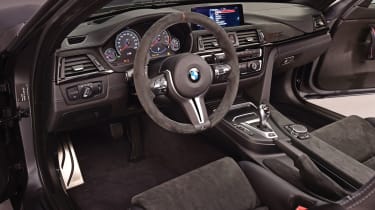 Tipping the scales at 1,510kg (30kg less than the existing M4), the GTS can cover 0-62mph in 3.8 seconds and hit 190mph flat out; the standard car claims 4.3 seconds and is electronically limited to 155mph. This helps the M4 GTS lay claim to being the fastest BMW ever to lap the Nürburgring Nordschleife, in seven minutes 28 seconds exactly – the same as a first-generation McLaren MP4-12C.

While the 68bhp power hike is largely down to the water injection, the addition of a titanium exhaust also contributes to overall performance. The seven-speed dual-clutch transmission is carried over, as is the standard car’s launch control.

Elsewhere, the M4 GTS has a carbon fibre splitter, bonnet and roof, plus a carbon wing and rear diffuser. Like the regular Coupe, the bootlid is made of carbon fibre-reinforced plastic, while unique lightweight alloys (19-inch front; 20-inch rear) shod in Michelin Pilot Sport Cup 2 tyres hide standard carbon ceramic brakes. The final piece in the puzzle is three-way coilover suspension, specifically tailored for the GTS, which is combined with BMW’s familiar adaptive damping system. 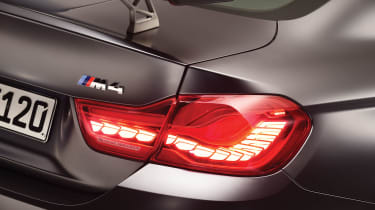 The brand has thrown everything it has at the GTS to help it stand out. There are slim Acid Orange accents throughout, plus that deep front splitter and those sharp alloys.

Inside, all UK cars get sleek carbon fibre leather and Alcantara bucket seats, as well as GTS logos on the dash and dials. The model in our pictures featured the Clubsport Package (a no-cost option), which brings six-point harnesses and ditches the rear seats in favour of a roll cage and fire extinguisher. 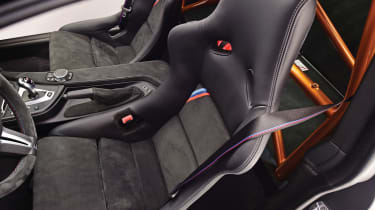 Despite its appearance, the GTS has little in common with previous lightweight BMWs like the E46 M3 CSL, and is loaded with kit. Professional sat-nav, air-con, parking sensors and LED headlights all feature as standard.

What do you think of the ultra hardcore M4 GTS? Lets us know in the comments section below... 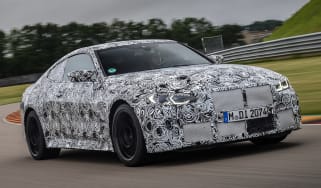 The new BMW M4 will go on sale next year – and it’ll be powered by a 503bhp 3.0-litre straight-six petrol engine
BMW M4 review 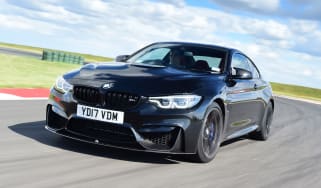 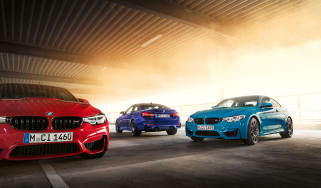 New limited-run BMW M4 can only be specced in one of M Sport’s three official colours, in honour of the German brand’s racing heritage