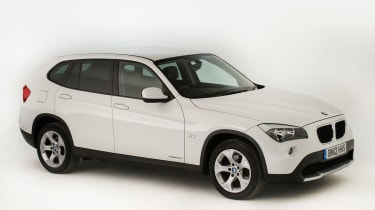 An all-new BMW X1 recently arrived in UK showrooms and, as you’d expect, it’s an impressive machine. But if you can’t stretch to the minimum of £27,000 that you’ll need to get your hands on one, there is a solution.

For just a third of this, you could buy one of the first-generation X1s, which offer that desirable badge, decent reliability and efficient engines, plus a level of driving fun you expect of a BMW. Bear in mind that, while the new X1 is a great all-rounder, the Mk1 fell short in a few areas, such as cabin space and quality, plus the ride wasn’t as good as it should have been. But the original X1 still makes a lot of sense second-hand.

The BMW X1 was released in 2009 and was on sale for six years before being succeeded by the Mk2 model in 2015. Here we focus on the original car. 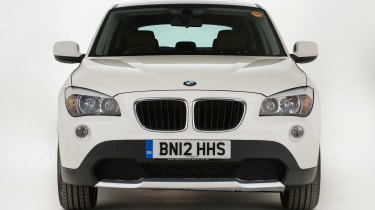 The X1 arrived in December 2009 with a 2.0-litre four-cylinder diesel. This offered 143bhp in the 18d, 177bhp in the 20d and 204bhp in the 23d. The first two came in rear-wheel-drive sDrive or four-wheel-drive xDrive guises; the 23d was 4WD only. All cars were initially SE spec, but from January 2011, there was an M Sport, too. The 163bhp xDrive20d EfficientDynamics, from late 2011, claimed 119g/km emissions, then in June 2012, a facelifted X1 brought revised interior and exterior styling, two new trims (Sport and xLine) and an eight-speed auto option.

Nearly all X1s have a 2.0-litre four-cylinder diesel. Petrol models are rare, but worth tracking down if you don’t do many miles; the diesels can suffer from DPF issues. 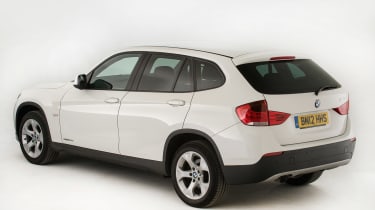 The 16d isn’t as muscular as the more powerful options; the 18d is better, while a 20d gives the best balance of performance and economy; the 23d and 25d are rare but make high-speed cruising effortless.

None of the transmissions is really disappointing, but if you need to use the tow bar, we’d recommend a four-wheel- drive xDrive model for added security.

Alternatives to the BMW X1

The X1’s closest rival is Audi’s Q3, which is as efficient, solidly built and ergonomically brilliant as you’d expect. Prices are higher, as the model wasn’t launched until 2012. 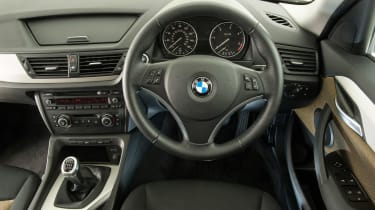 More stylish and desirable is the Range Rover Evoque, which is also newer than the BMW, but is in more plentiful supply than either rival, with prices from £18,000.

The Volkswagen Tiguan comes with some great engines and is very capable, yet it’s also rather uninspiring. If you want a small SUV that’s good to drive, we’d suggest you take a closer look at the Ford Kuga. The badge won’t impress, but the car’s design, dynamics and equipment will; you’ll get a lot more for your money than with the X1.

Some of the cabin materials in the earlier models didn’t look or feel up to the usual BMW standards, but things improved with the 2012 facelift. 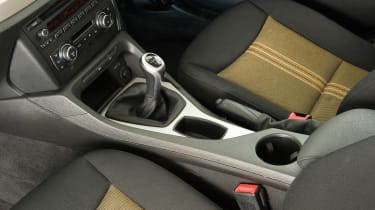 Not all cars come with Bluetooth as standard, but it is possible to fit it retrospectively. However, to have the BMW kit installed costs a hefty £650.

If you’re buying an X1 to carry three adults in the back, you might have to rethink, as the rear seats aren’t very spacious, and the legroom is too tight. 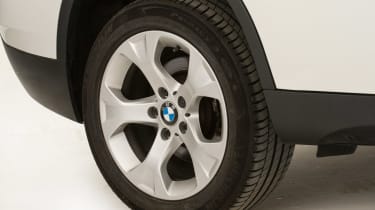 The suspension and wheel/tyre size can make a big difference to how comfortably an X1 rides; beware cars with M Sport damping that can feel too firm.

While the first-generation X1 wasn’t quite up to the standard we expected from BMW, the company took note and made useful improvements for the 2012 facelift.

As a result, if your budget will stretch to it, that’s the one to go for. In return for the extra cash, you’ll get a car that looks and feels better inside and out, has stronger engines and offers a more comfortable ride.

An Audi Q3 may look more tempting used, but as the X1 is available for so much less, it’s still a decent second-hand buy.