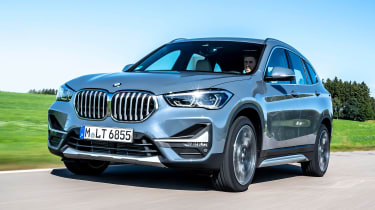 Despite the wealth of talent competing in this class, the BMW X1 still puts forward a very strong case for itself. It remains among the most fun cars to drive in its class, and it’s spacious and well built too. Some rivals look more modern inside though, and offer even sharper in-car tech; so whether this is the compact SUV for you will depend on where your priorities lie.

BMW’s smallest SUV, the X1, has been a hit with buyers since its release in 2015. While it’s always been at the top of the class when it comes to driving fun and build quality, a huge crowd of talented rivals have popped up since then.

So, to keep it looking fresh in comparisons against the all-new Audi Q3 and upcoming Mercedes GLB - plus the Volvo XC40 and more affordable rivals like the Volkswagen T-Roc - the X1 has undergone a refresh that introduces new interior tech, mild styling updates and tweaks to the engine range.

Let’s start on the outside, and how you tell it apart from its predecessor. The most obvious change comes at the front, where the brand’s new kidney grilles - expanding to the point that they’re now squabbling for space in the middle - dominate the new face. New headlight graphics means that the old round spotlights just beneath the main units have gone, so the bumper designs are all new. The look changes based on which trim level you pick. Around the back, the tweaks are a little more subtle. The tail lights get new graphics; ditching the old-school orange elements for clear indicator units. There’s also a new set of wheel designs and a couple of new colours.

Inside, there’s an update to the infotainment systems on offer. While the previous model came with an 8.8-inch screen at best, this is now the standard unit throughout the range. A 10.25-inch display comes in as part of an optional Tech Pack (which also adds a head-up display for the £1,250 cost). It’s a unit that’s getting rolled out across all of BMW’s latest releases, and, as ever, it’s great to use: Commands can be inputted via either the touchscreen, voice commands or BMW’s still intuitive iDrive click wheel. Graphics are clear and sharp, while there’s no unnecessary clutter on screen so it’s really easy to follow. 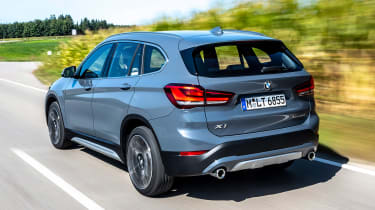 The rest of the X1 cabin stays much the same as before. That is to say, very spacious for the class, but with a design that, compared to newer rivals like the Audi Q3 and Mercedes GLB, is starting to look a little bit dated. There’s no faulting the build quality though.

And that’s a term that sums up the way the BMW X1 drives pretty well, too. Little has changed chassis-wise in the mid-life updates, so as before, it feels lively by the class standards. Despite the agility, the impression is of a more stable, substantial vehicle than the Audi Q3 - thanks largely to a steering setup that has a pleasing weight, if not a vast amount of feel. The ride quality is not quite a match for the Audi though - it’s by no means uncomfortable, but there’s a little bit of fidget over small bumps. 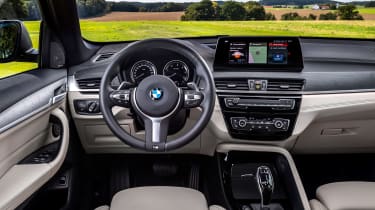 UK buyers will have two petrol and three diesel engines to choose from at launch. The petrol lineup consists of a three-cylinder turbocharged petrol (sDrive18i) and a 2.0-litre four-cylinder petrol (sDrive20i), both of which are only available with front-wheel drive. For a little extra traction, turn to the diesel family: the 20d sends torque to all four corners, while the 18d is offered with both four- and front-wheel drive.

From March 2020, a plug-in hybrid option will join the range. Sharing its powertrain with the MINI Countryman Plug-in Hybrid, it combines a 1.5-litre turbocharged petrol engine with an electric motor, enabling an emissions free range of over 31-miles.

On the launch event with German-market cars, we sampled two models which won’t come to the UK: the xDrive25i and xDrive25d. In essence, both of these units are closely related to the 20i and 20d units we will get, albeit with a little extra power and torque. These ‘25’ units have more shove than most people will realistically need, and given that both ‘20’ variants still crack the 0-62mph dash in under eight seconds, it’s not as if either of them is sluggish. 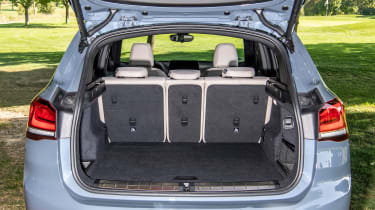 What will be pretty much the same in both cases, however, will be refinement, and here the X1 is great: both petrol and diesel variants are hushed at a cruise and smooth enough under hard acceleration. Both are also matched to a brilliant eight-speed automatic gearbox. Lower models are paired to a seven-speed dual clutch unit which runs it close for smoothness and responsiveness. A six speed manual is also offered in the base 18i.

At the top of the range, there’s the posh xLine and sporty M Sport trims. The former gets full leather with matching leather-effect trim on the dash, electrically folding mirrors and lots of satin silver highlights; the M Sport gets more purposeful look on the outside thanks to a body kit and a sportier 18-inch wheel design, while inside there’s more leather, a sports steering wheel and dark headlining. An extra dose of menace can be added with the £2,200 M Sport Plus pack, introducing 19-inch wheels, bigger brakes, a Harman/Kardon hi-fi and M Sport trim on the seat belts.