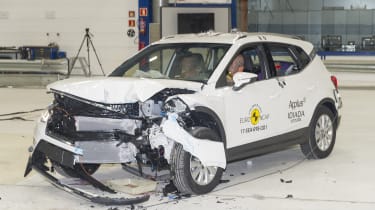 Euro NCAP has published an octet of five-star safety ratings for various new models, most of them being crossover SUVs.

The all-new SEAT Arona recieved top marks, with the mini-SUV scoring highly in the adult occupant section with 95 per cent, while pedestrian safety was measured at 77 per cent. 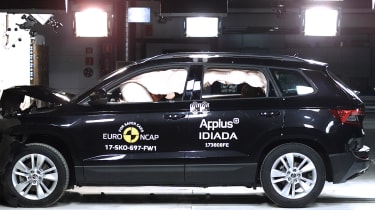 Elsewhere, the XC60 SUV kept Volvo’s reputation for safety alive with a five-star rating. It scored an almost perfect 98 per cent adult occupant rating while safety assist was scored at 95 per cent, thanks to a raft of autonomous safety equipment as standard. Citroen scored five stars with its new C3 Aircross, while Vauxhall also gained top marks with the Crossland X.

Mitsubishi were the only manufacturer outside of Europe to add a five-star rating to its range, with the Eclipse Cross earning the full approval of the Euro NCAP testers. It scored an impressive 97 per cent rating in adult occupant safety and was the safest car in terms of pedestrian safety with an 80 per cent rating.

Below is a full list of five-star Euro NCAP ratings for each department in the latest batch of ratings.