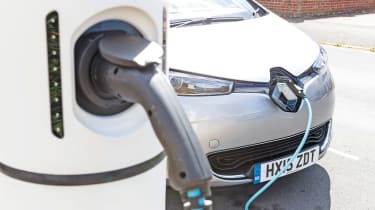 The UK added less than one new public charging point for every six new plug-in cars sold during 2017, Auto Express can reveal.

A total of 3,178 public connectors of varying speeds went live over the 12 months from January to December last year – but the latest Department for Transport figures show that more than 20,000 plug-in cars had been registered during the first nine months of the same period.

The data includes public charging points that are free to use, plus those run by card-based charging schemes such as Chargemaster’s POLAR network. The numbers break down into three categories – slow chargers (usually those based on a three-pin socket connection), fast (7-22kW) and Rapid (50kW and higher). Tesla’s Supercharger network is excluded from the figures, because it’s restricted to owners of those vehicles.

The table (below) also shows the number of cars eligible for a plug-in grant licensed in the respective areas. This is based on data from the DfT, accurate up to the end of September 2017, and includes pure-electric, plug-in hybrid and hydrogen fuel-cell vehicles – but not standalone hybrids such as the Toyota Prius, or quadricycles like the Renault Twizy. It also excludes vans and motorcycles. 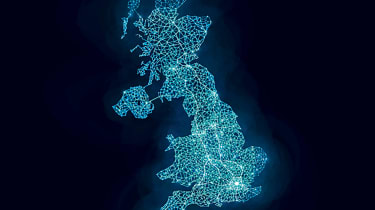 The Scottish network appears to have benefited from government investment through ChargePlace Scotland; the country accounts for around six per cent of all licensed plug-in cars in the UK, but has 15 per cent of all fast chargers and a quarter of all rapid chargers.

The figures make grim reading for early adopters in Wales, however. Despite having around half as many plug-in vehicles registered as Scotland, it has just a tenth of its total of rapid chargers.

Chargemaster operates the largest publicly accessible charging network in the UK, POLAR. The firm’s chief executive, David Martell, said that public charging is only part of the overall picture because most EV owners are happy to charge at home.

“There are well over 100,000 dedicated EV charging points in total when home and workplace units are taken into account,” Martell said. “By 2022, we expect there to be around 100,000 public charging points, with around 20 per cent of these being rapid chargers.”

Chargemaster also believes that a ratio of 10 EVs per public charging point is manageable. The firm recently experienced 1,000 users charging simultaneously for the first time on the POLAR network – which comprises more than 5,500 connection points.

How each region is performing

Does the UK's charging network put you off buying an electrified car? Let us know below...