Lister spins its own take on a Jaguar again with bespoke F-Type, limited to 99 units 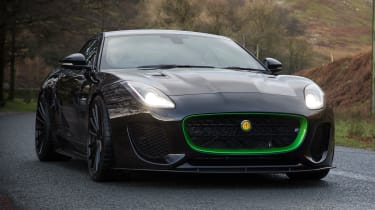 British sports car maker Lister will reveal what it says is an all-new model at next month’s Historic Motorsport International exposition in London.

Dubbed the Lister Thunder, it’s being billed as a ‘logical successor’ to the Lister Le Mans of the early 1990s, being another Lister supercar based completely on a Jaguar.

While the Le Mans was based on an XJS Coupe, the new Thunder is quite obviously an F-Type, though with some bespoke design tweaks and performance gains. Lister says that it’s the most powerful and luxurious car to ever roll off the company’s production line. 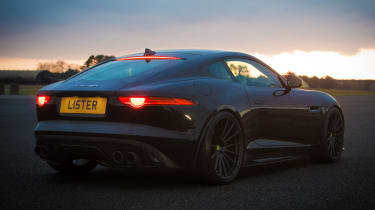 Jaguar’s 5.0-litre supercharged V8 remains under the bonnet, but has been tweaked by Lister to produce 666bhp. As such, Lister claims that the Thunder is capable of 0-62mph in just over three seconds, with a top speed in excess of 200mph.

At the front, the transformation from Jaguar to Lister is ushered in by a new carbon fibre front apron, complete with an extended front splitter. The badge is a Lister badge too, while bright green accents loop around the grille. New vents on the bonnet, a new carbon fibre rear bumper, and carbon fibre exhaust tips join these modifications.

In the cabin, the Thunder gets full Bridge of Weir Nappa leather upholstery, with 36 different colours for customers to choose from. Again, the Jaguar logos inside are replaced by Lister motifs. 99 examples of the Thunder are planned, each priced from £139,950.