Inside the Motor Ombudsman: rights, rejections and reprievals

When consumers are in dispute with the garages they use, the Motor Ombudsman is there to adjudicate. We find out how it operates 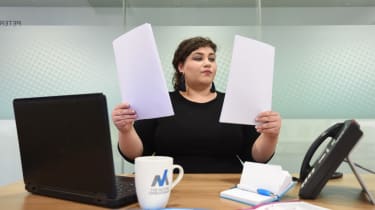 The Motor Ombudsman is the UK’s first official dispute resolution body for the motor industry, and dealers that sign up are required to adhere to its Chartered Trading Standards-approved Code of Practices. It was set up in 2016 and has been settling disputes between drivers and their garages ever since. To find out how it works, and the benefits it has for drivers, we spent the day at its headquarters.

The first thing to know about the Motor Ombudsman is that it’s a person, as well as an organisation. The second is that the Ombudsman’s title should arguably be Ombudswoman, because Natasha Gasson greets us warmly on our arrival, before explaining its role.

• How to buy a car online

“We’re a consumer-facing organisation first and foremost,” Gasson says. “We want to raise consumer awareness of industry requirements, while also working to improve the industry’s reputation.”

A lawyer by training with previous experience in the Financial Ombudsman, Gasson oversees a team of six adjudicators, all with law degrees, who rule on each case between consumers and businesses. These range from disputes between car buyers and their dealers on the condition of the car when taking delivery, misunderstandings in vehicle advertisements, to disagreements over servicing costs or standards.

In short, any dispute you may have with a dealer that cannot be solved by a conversation is a potential case for the Motor Ombudsman. It has 25 per cent of all dealers in the UK signed up to its code, including 99 per cent of new car dealers.

If either the dealer or consumer disagrees with the adjudicator’s verdict, the case is then reviewed by Gasson. Interestingly, because Gasson is more experienced and due to the complex nature of the cases, she will sometimes rule against her own adjudicators. “Complaints aren’t black and white,” she says. “I often tell my adjudicators that there isn’t a right or wrong answer but many different answers, some of which are fairer than others.” However, once the Ombudsman comes to a verdict, garages signed up must abide by it or risk being kicked out of the code.

Consumers who approach the Motor Ombudsman must first go through a screening process, checking that the problem falls within the Ombudsman’s remit; it can’t be being dealt with in the courts, for example. “Very few cases are rejected at screening – maybe one or two per cent,” Gasson says.

A customer service advisor then gathers all the information required from all involved parties, before a case file is passed on to an adjudicator. “Broadly speaking, it takes six weeks to assign an adjudicator, and around 15 working days for them to make a judgement,” says Gasson.

Arguably, many drivers don’t want to wait for weeks to deal with a dispute, and Gasson admits that the process could be faster, adding: “Yes, 100 per cent we want to lower the lead time; our aim is to issue an adjudicator within seven working days.”

To ensure this happens, a new team of customer service advisors has been hired to speed up the process by collecting all the information from the people who get in touch with the organisation.

Last year, the Ombudsman had 42,500 individual contacts from both owners and dealers. These resulted in 2,214 cases being handled by the adjudicators and in roughly 10 to 15 per cent of cases, either the owner or the dealer appealed the adjudicator’s verdict, resulting in Gasson having to review the case. She gives us one example of a case that required her intervention.

“An elderly gentleman had bought a car, and his son wanted the dealership to give him a full refund,” she says. “His father was recently bereaved and had been declared medically unfit to drive due to heavy drinking.” 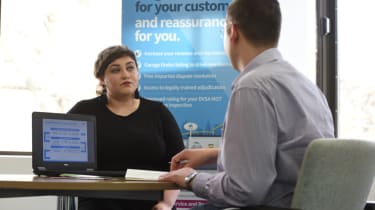 At this stage, the son contacted the Motor Ombudsman, and an adjudicator ruled in his favour. “We thought that the dealership should have called the son, as promised,” Gasson explains. But the dealership was unhappy, and appealed the decision. “They felt that they didn’t owe the son a duty of care, as he wasn’t their customer,” she adds.

This is when Gasson had to pick up the case. “I agreed with the adjudicator. It was clear that the father should not have been sold a car when he wasn’t allowed to drive by his doctor. I awarded a full refund,” she tells us.

This case is part of a growing trend. Gasson says: “We’ve seen an increase in the number of people with vulnerabilities [such as mental and physical disabilities, or financial difficulties] accessing the service.”

The more straightforward cases Gasson assesses can be dealt with in a couple of hours, but complex ones can take days. “One case involved listening to 48 individual telephone recordings, each of which was 15 minutes long,” she tells us.

Every couple of weeks she sits down with management to conduct three or four case reviews, where they work through cases, talking about the decisions that have been made and how they were reached. She tells us this helps her have a “sense check”, keeping her decision-making skills fresh and fair. The Chartered Trading Standards Institute also regulates the Motor Ombudsman as an organisation, auditing the company once a year to ensure it acts with impartiality.

To keep up with a changing consumer landscape, the Motor Ombudsman is also looking to change the way it works. It will bring more subtle nuances than the current ‘upheld’ or ‘not upheld’ categories, with a ‘partially upheld’ judgement being among the changes. A new “goodwill recommendation” category will also be introduced, meaning businesses will be advised, but not compelled to, contribute to any accrued consumer costs. 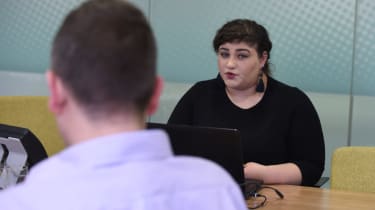 And as for consumers, could members of the public do anything more to help protect themselves from potential issues? “The dealer has to bear the burden of responsibility,” Gasson says, adding: “But consumers need to feel comfortable they understand what they are agreeing to when they sign something.”

Buyers should also be aware that “just because a car has an individual fault, it doesn’t mean it is defective within the eyes of the law”. She cites one instance where a consumer complained about the radio buttons on their five-year-old car delaminating. This, Gasson says, would arguably constitute a fault, rather than a defect.

Among all those finely balanced judgements and frustrated consumers, empathy is an important skill for Ombudsman staff. “When a customer service adviser takes a call, often the first thing they need to do is just listen to the caller,” Gasson tells us.

But if empathy is important, objectivity is vital: “You get a feel for people and can have a gut instinct,” Gasson explains, “but it’s the facts that ultimately determine the outcome. You really have to ask the right questions to get to the bottom of a case.”

How the Motor Ombudsman works

Mr K bought a second-hand Nissan Qashqai from a dealership, and was told it had a full service history. But after the sale, the dealer could only provide documentation for three out of four services – although staff said he had been able to see the complete set when he placed the order.

The dealer offered two years’ free servicing and also said it would take the car back, but Mr K was happy with the Qashqai apart from its missing service, so sought some compensation. While a Motor Ombudsman adjudicator initially ruled in the dealer’s favour, Mr K appealed.

Natasha felt the dealer’s offers were fair, but ruled in Mr K’s favour, because she felt he was financially disadvantaged – partly as the car would be worth more with a full service history. After gauging the value of a full history on a Qashqai, Natasha advised the dealer should pay Mr K £750.

Mr D took his car for an MoT and asked the garage to investigate its broken heater. While staff fixed the heater and the car passed its MoT, Mr D then received a call to say the car’s engine had seized.

He was told it was due to poor care; the oil was thick, the air filter was dirty and the car had a defective cylinder. Mr D believed the garage had caused the issues and carried out a technical report. It contested the garage’s claim, but found the car hadn’t been serviced in six years. Mr D contacted the Motor Ombudsman. The garage offered a goodwill gesture, but didn’t accept it had caused the underlying issues with the car.

While the adjudicator felt the garage’s contact with Mr D could have been better, it didn’t uphold the complaint. Mr D rejected this outcome, so the case went to Gasson. She felt the technical report cast some doubts on the garage’s claim the engine was seized, but she also ruled in its favour.

Now you understand how the Motor Ombudsman works, why not take a read of our Amonalies feature – which is all about cars that defied depreciation calculations...