UK and Michigan to collaborate on driverless cars 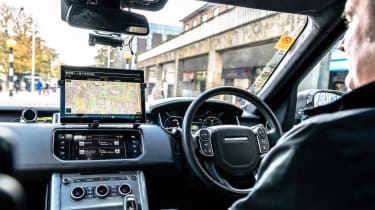 The UK and the US state of Michigan, home to America’s centre of car making, Detroit, are to work together on the development of autonomous vehicles.

The news comes after it was revealed Michigan Governor Rick Snyder and UK business minister Richard Harrington signed a memorandum of understanding, pledging a close working relationship as new rules and technologies for self-driving cars emerge.

• Owners of autonomous cars may face ban on distractions

Governor Snyder told the Politico website the agreement presented a “great opportunity”, adding: “There’s so much we can do together in terms of looking at the future of autonomous vehicles, mobility, and the supply chain to deliver those things.”

Snyder said by working together Michigan and the UK could share “test facilities, protocols [and] learning experiences”.

Michigan is home to Detroit, the birthplace of the US auto industry and host to the US’s ‘Big Three’ car makers – Ford, General Motors and Chrysler. Despite a downturn in fortunes over recent years, Snyder pointed out the a 500-acre test facility for autonomous cars recently opened in Detroit, while “seventy-six per cent of all U.S. auto industry R&D [research and development] happens in Michigan.”

Governor Snyder added there had never, in his opinion, been “a more transformational time for the auto industry”.

For the UK’s part, Transport Secretary Chris Grayling announced at the end of last year that self-driving cars will be on the road by 2021, while the Government recently confirmed a three-year investigation into whether driving laws would need to be changed for autonomous cars.

The Government intends for the UK to be at the forefront of autonomous vehicles, spearheaded by academic locations such as the University of Warwick, together with car markers like Jaguar Land Rover and the Government’s own Centre for Connected and Autonomous Vehicles. Meanwhile the Automated and Electric Vehicles Bill, which will provide the necessary legislation to pave the way for self-driving cars, is making its way through Parliament.