With the Government proving clueless over diesels, ULEVs and electric cars, we should take a stand, says Mike Rutherford… 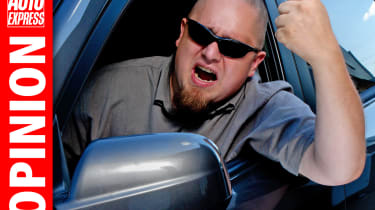 Until very recently the Government enthused and incentivised consumers (via scrappage schemes and the like) to purchase diesels. We did exactly that.

Yet shortly after its declaration of fondness for diesel came the war against the fuel. By this stage of the unfunny game the politicians had become smitten with and desperately keen for us to buy relatively expensive 100 per cent-electric vehicles. But we didn’t. Or, to be more precise, we bought and still buy these pure-electric cars in desperately low numbers. Latest figures show 7,441 were registered in the first half of 2018 – fewer than in January-June 2017.

Now the Government’s latest obsession is for what it describes as ultra-low-emission vehicles. According to a Gov website I eventually hunted down, ULEVs are “vehicles with pure-electric engines, plug-in hybrid engines or cars with CO2 emissions below 75g/km at tailpipe”.

Or, says the Society of Motor Manufacturers and Traders, they’re vehicles “using low-carbon technologies; emitting less than 75g of CO2 from the tailpipe; capable of operating in zero-tailpipe-emission mode for at least 10 miles”.

Confused? You will be. The Government formally announced just last week that it’ll now settle for “at least 50 per cent” of new car sales being ultra low emission in 2030. But doesn’t that leave the door open for the other half to be medium or high-emission vehicles? And what about its 2040 ban on petrol and diesel? Seems it’s not now going to happen as our leaders have woken up to the fact that petrol-electrics (not pure-electrics) are growing in popularity/sales faster than any other category of vehicle.

Yet another over-ambitious promise our current rulers are set not to deliver is one of the newest that goes: “It’s our intention that all new homes should have a charge point.” Good luck with that when I see mostly tall blocks of flats being built with little or no parking. Presumably residents will need to park on their balconies or in their hanging baskets before plugging in to top up.

• Should you buy a new diesel car?

Dafter still is another new Government proposal for “all new street lighting columns to include charging points”. Never mind that lamp posts often sit next to double yellow lines, in pedestrianised zones, on dangerous bends – where parking, not to mention time-consuming recharging, is out of the question.

This and previous Governments have repeatedly shown they just don’t care about cars, roads and drivers. Yet we, the daily vehicle users, do. The time has surely come for the reins to be handed from lethargic politicians to the vehicle owners and drivers who’ve paid for – and therefore own – the road network? We couldn’t be worse at running things than the clueless men and women in Westminster.

What is the UK’s plug-in car grant? Here’s everything you need to know about eligible cars and how much you’ll save…