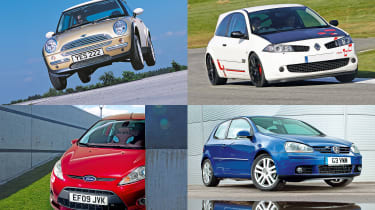 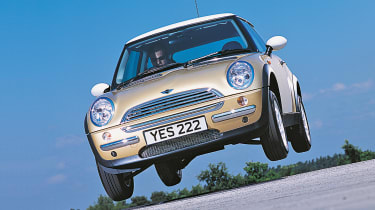 As editor-in-chief of Auto Express for the best part of 20 years, I was lucky enough to drive some highly fancy and fast cars – from Ferraris to Lamborghinis, Bentleys to Rolls-Royces and Audis to Aston Martins. Yet one car truly stands out as providing my ‘Wow!’ moment.

Having owned a clutch of the Issigonis-designed Minis, including the original Cooper S (I really did feel like Paddy Hopkirk), seeing and driving the new 2001 MINI was a special experience.

What a great car. What a brilliant job by BMW. I’m now on my eighth Mini/MINI, and every time I get behind the wheel, I get the same smile on my face as I did first time round. Brilliant! 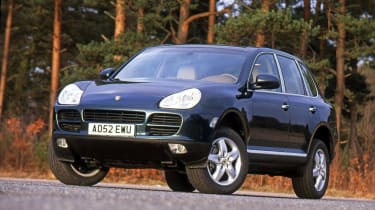 An SUV? From Porsche? It’s fair to say that enthusiasts were both incredulous and appalled when the German sports car maker decided to launch a 4x4 back in 2002. However, they calmed down when it became clear that the massive profits from the huge-selling off-roader were going to bankroll the more enthisiast-focused offerings for generations to come.

That original Cayenne impressed us with its on-road prowess and unusual agility for such a large, tall vehicle. Its V8 engine was strong, too – and in Turbo form it made the Cayenne ludicrously fast. By the end of the Mk1’s life, there were even V6 and diesel variants, which were a world away from the likes of the 911 GT3 RS, but a sign of how broad the Porsche range could become.

Now the Cayenne is a locked-down member of the range, and it even has a smaller SUV, the Macan, as a stablemate. 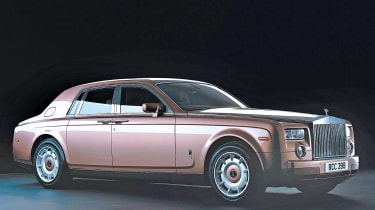 As Rolls-Royce emerged from turbulent times and shifts of ownership at the start of the century, the classic British luxury brand badly needed a credible flagship with which to relaunch itself. It arrived in 2003, with the Phantom.

This technical behemoth was the first Rolls produced under the ownership of BMW, and it delivered opulence and sophistication to take the Rolls brand far beyond the likes of Mercedes or Volkswagen-owned Bentley. 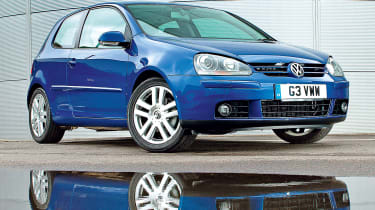 In truth, every generation of Volkswagen Golf has been a success, but the fourth iteration of the model was considered almost too sophisticated, with quality and technology that the firm struggled to deliver at a competitive price.

The Golf Mk5 answered the critics, though, with a happier mix of great quality, comfortable yet agile handling and class-leading engines, and financial figures that put it into the mix against everything from the Vauxhall Astra to the VW’s premium cousin, the Audi A3.

This Golf also marked a sensational return to form for the GTI hot hatch version. After the unwieldy and heavy Mk4 GTI, the Mk5 felt much more nimble.

“The best buying advice for many readers over the years has been, ‘Buy a Golf.’ And the Mk5 was particularly sweet.” 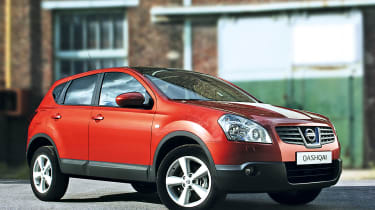 Nissan had nothing to lose when it decided to gamble on a new type of car for its family model in 2006. The Almera hatchback had been a flop, so Nissan decided on a crossover.

It previewed the car with a concept at the 2004 Geneva Motor Show, but few thought it would be bold enough to actually build it.

When the Qashqai appeared at the 2006 Paris show, it in effect created a new type of family car, and customers were extremely quick to move across to the affordable and slightly taller style of vehicle, abandoning everything from five-door hatchbacks to large saloons as they did so.

These days, no volume car manufacturer would really consider having a line-up without some form of family crossover. The Qashqai is the vehicle that started it all. 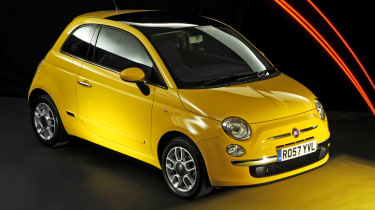 Fiat had a long history of producing clever small cars, but the Italian brand’s status as the manufacturer of cute, easy-to-manoeuvre city transport was under threat in the early noughties – not least from the likes of the Smart ForTwo.

Fiat went into its back catalogue and rethought a classic: the 500. And the result was a car that redefined what fashion-conscious customers could expect from a vehicle. Fiat’s genius has been to not play around with the looks; instead, it has simply updated colours and trims in the same way the fashion industry has winter and summer collections.

Built in Poland, originally beside its sister vehicle, the Ford Ka, the 500 has been a colossal cash cow for Fiat, and following the recent demise of the Punto, the city car (plus its estate and SUV cousins, the 500L and 500X) is now the backbone of the manufacturer’s entire line-up. 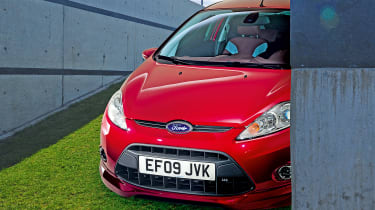 Ford’s supermini had become automotive magnolia by the start of the century. It was the car that people’s parents owned (or, in the case of its close relation the Fusion, their grandparents). So Ford needed to make the Fiesta more appealing to younger customers and it managed that with the Mk7, launched at the Geneva Motor Show in 2008.

It’s no coincidence the concepts that previewed the Fiesta were called Verve, because that’s precisely what the newcomer delivered. It was the first car based on Ford’s Global B platform, and it instantly set a new benchmark for how a supermini could handle, steer and ride.

A clever interior, with rubber-trimmed sections that offered tactile softness for a fraction of the cost of padded fabrics, and enough space for four adults, did the rest. This was the generation that put the Fiesta back on the right path. 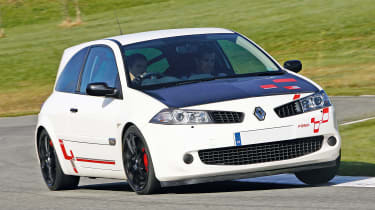 There was a point, at the end of the noughties, when the scrap between manufacturers to produce ‘the ultimate, extreme hot hatchback’ got rather serious (or silly, depending on your point of view).

The zenith was surely the catchily named Mégane Renault Sport 230 Renault F1 Team R26.R, a hardcore offering that focused on lightening and stiffening to improve on-track performance. It kept air-conditioning, but did away with much of the other niceties for a weight saving of around 120kg over the regular Mégane R26. Well-kept examples are starting to fetch tidy prices on the used market.

“The UK loves a hot hatch – and the R26.R took the whole genre to a new level. It’s still tremendous now.”

2000 – Tyre pressure monitoring made mandatory for all new cars.

2005 – The Bugatti Veyron becomes the fastest car in the world, posting a top speed of 253mph at the Volkswagen Group’s Ehra-Lessien proving ground in Germany.

2006 – Nissan launches the Qashqai to replace its unloved Almera family hatch. The new crossover proves a sensation and within a few years its monthly UK sales figures surpass the annual numbers for the Ford Mondeo.

2008 – Ford sells Jaguar and Land Rover to Tata Motors. The Indian industrial giant starts a programme of investment in the two British brands, including their production facilities.

2008 – The British Motor Show moves back from Birmingham’s NEC to London ExCeL, in a bid to better engage with the public. The move isn’t adjudged a success and there hasn’t been another show since.