The Ford Ka looked stylish, but it lagged some way behind the city car class leaders

The second-generation Ford Ka felt dated from behind the wheel and couldn’t match more modern city car rivals such as the Skoda Citigo, SEAT Mii, Volkswagen up! and Hyundai i10 for refinement, low running costs or sharp handling.

To be fair, Ford gave the Ka’s suspension a thorough overhaul, so it had sharper handling and a more controlled ride than the Fiat 500 with which it was co-developed. It was also a fraction more refined.

But the Ka also had to give best to rivals for practicality. Not only was it hobbled by a smaller interior and boot, the Ford was only available in three-door guise.

The Ka may have lost the grown-up driving dynamics and fun-filled character of the original model, but it still looked smart. And the comprehensive line-up meant there was a version for every taste and budget.

The Ford Ka was a staple of Ford's small car line-up ever since the first generation arrived in 1996. That car featured radical looks and Ford's trademark engaging handling, and proved to be a runaway success for the firm, even though it started life with a variant of the ancient Kent engine, a unit that originally appeared in 1959!

The original Ka featured concept car looks - it was a development of a Ghia design study - and the car's 'New Edge' styling language was a staple of Ford's designs for many years. The Ka Mk1 remained on sale for 12 years, and in that time earned a reputation for delivering fantastic handling while being cheap to run, although poor build quality and rust were always an issue.

Still, Ford took advantage of the Ka's popularity with a host of special editions, especially towards the end of its run. In addition, the SportKa added some mild hot hatch fun to the mix with sporty looks and a revvy 1.6-litre engine, while the StreetKa was a two-seater convertible variant that shared its looks with the SportKa.

The Ka Mk2 was launched in 2008, but under its fashionable skin was an all-new platform, which was shared with the Fiat 500 and Panda. In fact, the Ka was even built at the same factory in Tychy, Poland.

There was a diesel option for a while, but it hardly made sense in a city car such as the Ka, so the only engine we would recommend is the 68bhp 1.2-litre four-cylinder petrol, sourced from Fiat. This came with a five-speed manual gearbox, and like the Mk1 there was no automatic option. 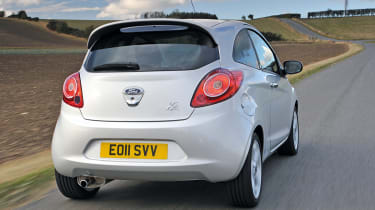 All cars featured electronic stability control and stop-start as standard, while the original Ka Mk1's black plastic bumpers made way for body colour bumpers across the range. The best-selling Ka Zetec added big-car extras such as air-conditioning, electric windows, a heated windscreen and a leather steering wheel. Bluetooth, a USB port and a multifunction steering wheel could be added as no-cost options on all models except the entry-level Studio Connect.

As with many of the Ka Mk2's rivals, you could add a variety of personalisation options too. For instance, there were a number of bold bodywork decals, larger alloy wheels and even a kit to lower the suspension.

The Ka's rivals included the aforementioned Fiat 500 and Panda, as well as the usual city car suspects, including the VW up!, SEAT Mii and Skoda Citigo trio, the Citroen C1, Peugeot 107/108 and Toyota Aygo triplets, the Hyundai i10, Kia Picanto, Renault Twingo and higher spec versions of the Dacia Sandero.

The Ka Mk2 was replaced in late 2016 by the all-new Ford Ka+ which was based on the Fiesta and has a five-door body. 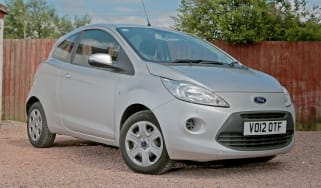 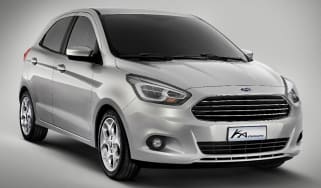 New city car could be badged Ford Ka Plus, and will focus on value for money
New 2016 Ford Ka prototype spotted 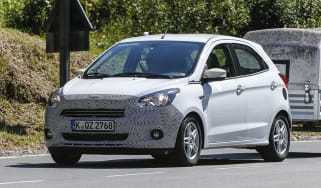 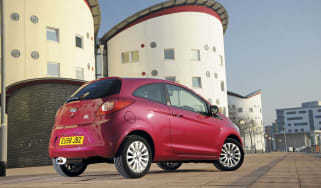 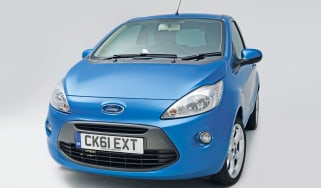 The Mk2 Ford Ka is reliable and fun. Are there any pitfalls of buying used?
Revealed: New baby Ford 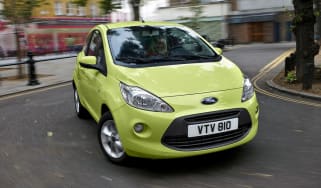 After 12 years sterling service the original Ka has finally been replaced. Based on the Fiat 500, the newcomer has a tough act to follow.
Ford Ka 1.2 Zetec 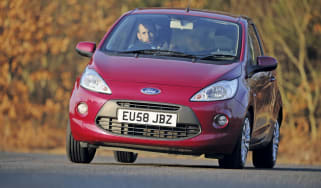 Blue oval baby is in Britain at last. So is it a winner?
Ford Ka 1.2 Zetec 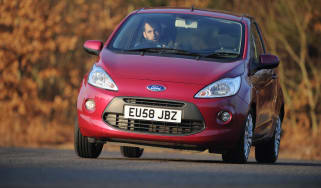 Ford’s baby has a fresh face, but is it still great as before?
Ford Ka 1.3 TDCI Zetec 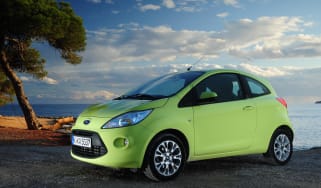 Is the diesel version of Ford's baby as big a hit as the petrol?
New Ka hits the road 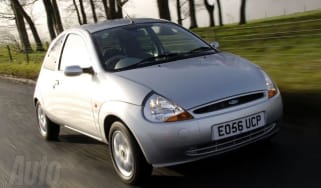 Over a decade young and still going strong: the Ford Ka is one car that’s lived longer than anyone could have expected when it first appeared in 1996.
New Ford KA is ready! 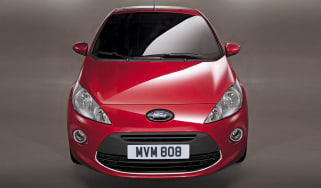 Blue oval's all-new baby has finally broken cover - and Auto Express has all the pictures and full details.
Ford Ka 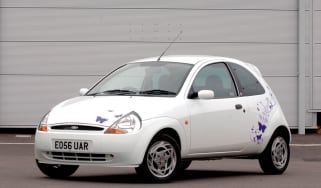 The Ford Ka has been a firm favourite with British drivers for 11 years now. And during that time, it’s had a host of different faces.
Ford Ka 2007 review 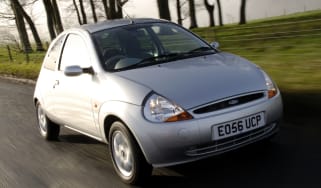 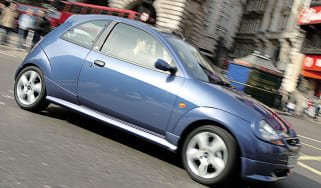 It may be due for replacement soon, but the evergreen Ka remains a little thriller that's still more than class-competitive.
Ford Ka 2006 review 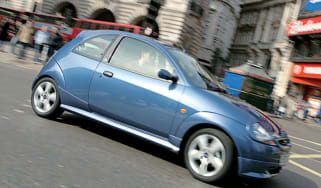 It's a sheep in wolf's clothing, so should Ford's new Ka be first choice for young motorists looking for a bargain?
Used Ford Ka review 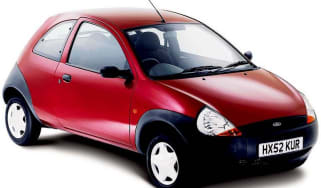 The blue oval baby, the Ford Ka, is great value second-hand but what should you look out for?
Ford Ka 2005 review 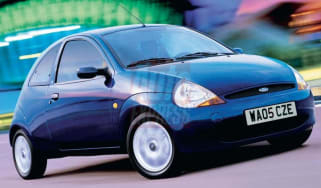 Nine years ago, we had great things to say about the Ford Ka - perhaps that's the reason why it's survived untouched for so long...
Ford Ka Collection 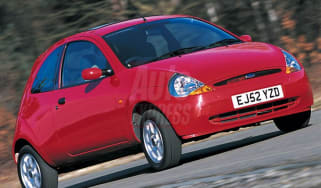 When the Ka arrived six-and-a-half years ago, it caused a real stir. Here was a Ford which looked amazing, was cheap to buy and fantastic to drive. Bu…
Skip to HeaderSkip to Content