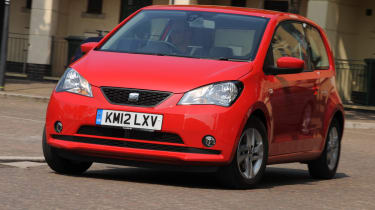 A good city car needs to cope with the rigours of urban life but also deliver comfort on the motorway. The SEAT Mii does just that, and will be cheap to buy and run, not to mention practical. It's not the fastest city car, but it's still more fun to drive and offers surprising refinement when compared to rivals.

Along with its Skoda Citigo and Volkswagen up! sister models, it’s fair to say the car has redefined standards in this hard-fought class.

All three stablemates have the same basic architecture and lively three-cylinder engine, but the SEAT Mii is a little cheaper than its Volkswagen counterpart, and gets a dose of Spanish style thrown into the deal.

That’s why it's one of the best city cars currently on sale – although we tend to like the Skoda Citigo better for its even greater value.

Like its predecessor the SEAT Arosa, the latest SEAT Mii city car is a rebadged VW. It’s a version of the VW up! which also shares (almost) everything but the badges with Skoda’s version, the Citigo.

The three models are built alongside each other in VW’s Bratislava factory. Between them, they provide a pretty good argument against a wide variety of city car rivals, that includes the Citroen C1, Hyundai i10, Kia Picanto, Peugeot 108, Renault Twingo, Suzuki Celerio, Toyota Aygo and Vauxhall Viva.

By offering the SEAT Mii for sale alongside VW and Skoda versions, the VW group offers a range of price and equipment levels in the city car sector. The SEAT version is cheapest of the trio, but like its sister-models is available in three and five-door body styles. The engine line-up is shared too, but while the Spanish brand’s version gets 59bhp and 74bhp versions of the VW Group’s 1.0-litre three-cylinder petrol power unit, SEAT doesn’t offer the up!’s punchier turbocharged version. Likewise, SEAT doesn’t offer the Mii with an auto transmission, whereas the Citigo and up! both come with that option. 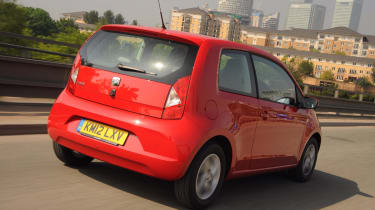 Next up is the Mii Design which comes with LED daytime running lights and trim upgrades, while the sporty Mii FR has graphics and a sat-nav to go with its special alloy wheels and uprated suspension.

The range-topper is as special edition called the Mii Cosmopolitan, named after the magazine of the same name. You can have it in Violetto or Candy White, and as well as various style upgrades it comes with the bigger 74bhp engine only.

For an alternative review of the latest SEAT Mii Hatchback visit our sister site carbuyer.co.uk 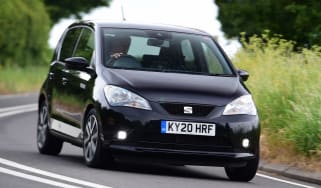 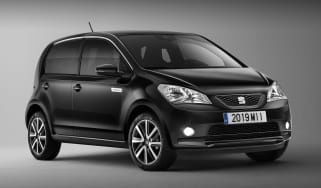 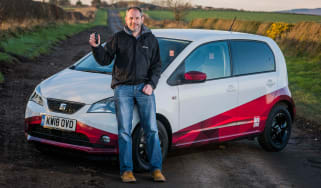 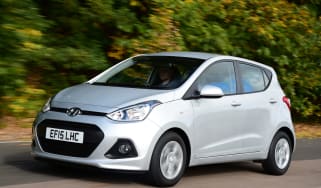 Running a city car no longer means putting up with an unrefined buzz box – and the Hyundai i10 proves it.
How to create your own car: SEAT Mii by Auto Express 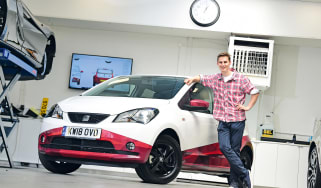 How to create your own car: SEAT Mii by Auto Express

We’ve teamed up with SEAT, our readers, a design agency and a car-wrapping firm to make our very own 30th birthday special-edition Mii
SEAT Leon and Mii electric cars due in 2019, with more to follow 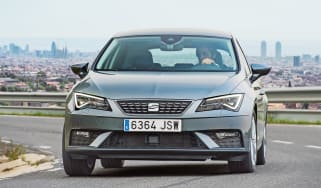 SEAT Leon and Mii electric cars due in 2019, with more to follow 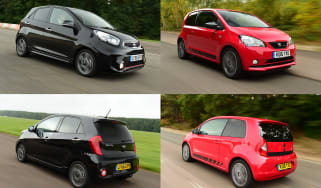 We pitch sporty versions of the Kia Picanto and SEAT Mii city cars together, but which comes out on top?
SEAT Mii by COSMOPOLITAN revealed during London Fashion Week 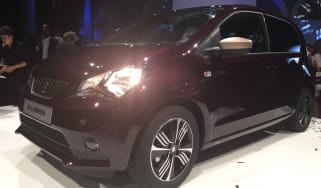 Finished in Violetto or Candy White, the Mii by Cosmopolitan is a new special edition that "connects with modern women"
SEAT Mii FR Line 2016 review 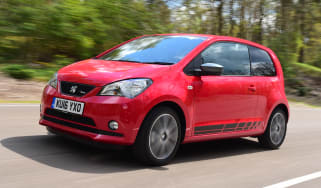 The SEAT Mii FR Line gets sporty look and adds plenty of kit, but is it worth the extra money?
SEAT Mii X-Perience scooped at MWC 2016 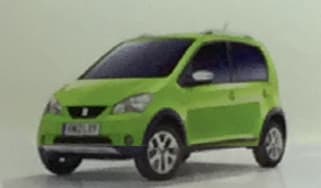 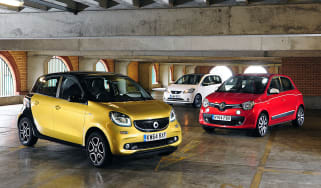 Smart fancies its ForFour as king of the urban jungle, but the SEAT Mii and Renault Twingo stand in its way
Renault Twingo vs SEAT Mii 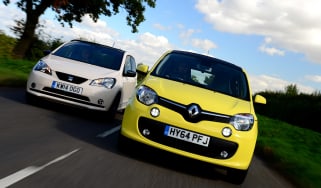 Can radical new Renault Twingo city car find a way past the excellent SEAT Mii?
SEAT Mii by MANGO on sale now from £10,995 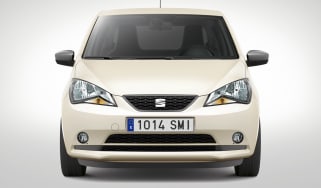 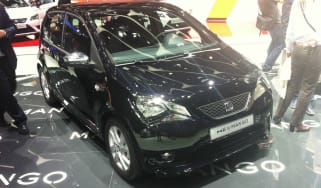 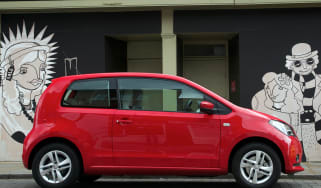 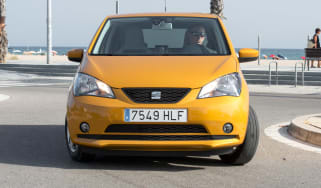 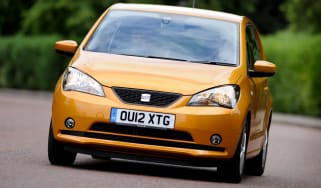 We drive the new SEAT Mii Sport - so is it the finest version of the city car yet?
SEAT Mii FR revealed 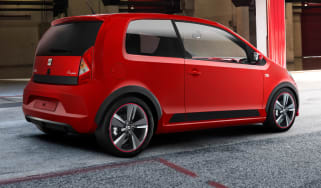 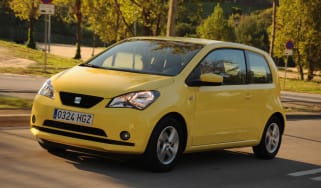 The SEAT Mii is the third new city car based on the VW up! and is the brand's first entry into the small car market since the Arosa, so is it any good…
Skip to HeaderSkip to Content