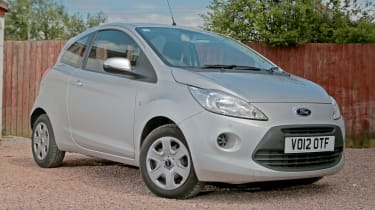 Ford has just introduced a new city car called the Ka+ and we suspect this latest model will prove a hit, just as its predecessors did. That’s because if there’s one thing that’s key to making a small car succeed, it’s keen pricing – something at which Ford has always excelled.

But buyers don’t choose Fords just because they’re cheap; they tend to be desirable for a whole host of reasons, such as being good value, practical, cheap to run and reliable. While the second take on the Ka formula didn’t have the cheekiness of the original, it was good enough for us to declare it a class leader at launch. It’s now dated in some ways, but it’s still a top buy. 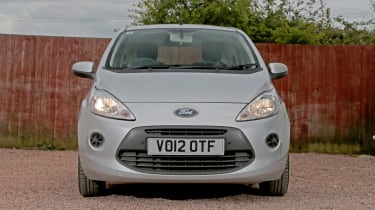 The original Ka was launched in 1996 but it wouldn’t be until January 2009 that its all-new successor came along. From the start there were 68bhp 1.2 petrol or 74bhp 1.3-litre diesel engines, each with a five-speed manual gearbox. While the petrol would be offered throughout production, the diesel was axed in 2013 due to limited demand.

By March 2011, the Tattoo had been superseded by a Metal option, based on the range-topping Titanium edition and featuring extra black and chrome trim.

Unusually for a Ford, the Ka model range was quite limited. We’d avoid the diesel because this heavy engine spoils the driving experience and it’s not very free-revving. It is frugal, though, so if economy is your priority then it might be worth a look. 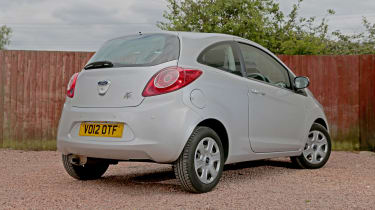 With no auto option and realistically only the 1.2-litre petrol engine to choose from (diesels are very rare), it’s just a matter of buying whichever trim level suits you best.

The Studio is basic, so aim for at least a Style, which comes with electric windows, air-con and remote central locking. Zetec trim includes alloy wheels and a heated windscreen; Titanium adds climate control, 16-inch alloys and an upgraded stereo.

Alternatives to the Ford Ka

The Kia Picanto and Hyundai i10 share key attributes including decent reliability, generous equipment levels and a good driving experience. Running costs are very manageable, too. The SEAT Mii, Skoda Citigo and Volkswagen up! siblings are another excellent bet; they feel grown-up to drive and tend to be reliable.

Another trio that are related are the Citroen C1, Toyota Aygo and Peugeot 108, which are fun behind the wheel, plus they’re eminently affordable. The Renault Twingo is great value but neither as good to drive nor as refined as the Ka. The Fiat 500 shares its platform and running gear with Ford’s city car; it’s more distinctive but is less practical and it’s more costly.

Flooded footwells can result from the pollen filter being incorrectly fitted, or leaves filling the drain holes at the base of the windscreen.

Some early Kas suffered from the wiper blades tangling with each other; most have had modified linkages and blades fitted by now.

Many Ka owners are underwhelmed by the car’s standard headlights, prompting them to invest in higher-output bulbs for better illumination.

The top mounts for the front suspension can fill with water. This can lead to rusty securing nuts and creaking when the wheels are turned. 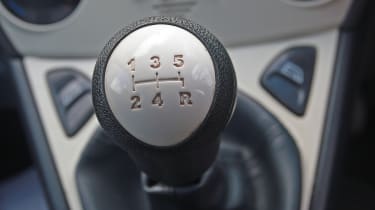 Once a car reaches its fourth birthday it can have a £140 Motorcraft check-up, but this isn’t all-inclusive of parts, so it’s normally cheaper to stick with the standard menu prices. The diesel is chain-driven, but the petrol unit has a cambelt that has to be replaced every five years or 62,500 miles, at £319, or £419 with a new water pump.

Every two years you’ll need to pay £50 for the brake fluid to be replaced, while the engine coolant has to be renewed every 10 years at a cost of £40.

The fact that the Ka Mk2 has been recalled just twice so far should be very encouraging. The first campaign was in February 2009 for models built up until January 2009. Some cars had a loose bolt in the rear brakes. The solution was just to check the bolts and tighten them if necessary.

The next recall came in May 2015 for some examples produced in October and November 2014. In an impact the rear seatbelt mechanism could unlatch, throwing passengers forward and potentially injuring them.

Incredibly, the Ka Mk2 has never appeared in our Driver Power satisfaction survey, while its predecessor was last included in the 2011 poll (in 100th place). There are five Fords in the top 75 of the 2017 poll, with the Kuga SUV ranking the highest, in an impressive 14th place.

For an alternative review of the Ford Ka, visit our sister site carbuyer.co.uk.

Rate your car in our Driver Power customer satisfaction survey