Car number plate scandal: how easy is it to buy an illegal plate?

Number plate offences are at a five-year high, so just how easy is it to buy a dodgy plate and what is the DVLA doing about it? 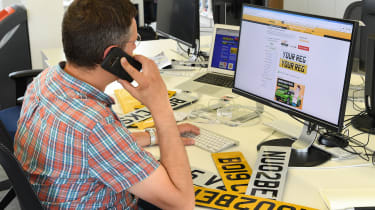 The UK’s number plate system is wide open to abuse because of the easy availability of fake plates online, while the number of traffic stops for missing or dodgy plates reached a five-year high in 2018, Auto Express can exclusively reveal.

In two linked investigations, we asked police how many number plate offences they had issued tickets for between 2014 and 2018; separately, then we ordered three sets of number plates from online suppliers, all of which were delivered no questions asked, and would be illegal to display on the road.

• How to transfer a number plate from one car to another

Official data obtained by Auto Express via Freedom of Information requests shows that police issued 9,170 tickets for number plate offences last year across the UK, the highest figure in the past five years.

A total of 41,385 stops were made by police between 2014 and 2018, with officers issuing 11 per cent more tickets last year compared with 2017 for number plates not meeting regulations, or plates that were missing from vehicles altogether. London’s Metropolitan police issued the most tickets or rectification notices for dodgy plates (4,411) over the past five years, with Northern Ireland police issuing the second highest number of tickets (4,005). 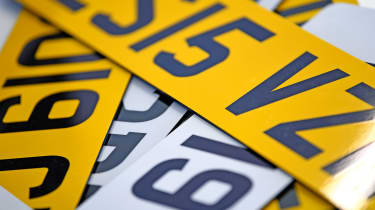 Motorists can be issued with a Traffic Offence Reports (TOR) or a Vehicle Defect Rectification Scheme (VDRS) notice (escaping a penalty if the fault is fixed within 14 days) for various offences related to number plates, including missing or obscured plates, and plates not conforming to regulations.

Of the 35 police forces to respond to our request, 23 provided offence codes, revealing that roughly 70 per cent of stops made for number plate offences are for driving or keeping a vehicle “when the registration mark fails to conform to regulations”. Number plates not meeting regulations could contain improperly placed characters, be made up using an unofficial font, or have colour-capped screws placed in their characters to change how the plate reads.

What do the authorities say?

The Driver and Vehicle Licensing Agency (DVLA) told us that all number plate suppliers based in the UK “must be registered with DVLA and must conduct checks before supplying number plates”. The organisation added,“It is an offence to not request the required documentation from the customer [or] keep a record of the transaction, or to supply a non-compliant number plate.”

However, at least two of the suppliers we ordered plates from are based in Jersey and they may not be breaking the law there, because it is a separate jurisdiction from the UK. 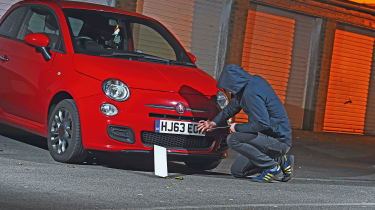 The DVLA told us: “Our officers conduct intelligence-led enforcement activities to tackle a wide range of offences, to investigate and, where necessary, prosecute suppliers – including those who trade illegally using the internet.” The organisation also highlighted that drivers who alter the appearance of their plates face a fine of up to £1,000 and risk having their personalised registrations confiscated.

Jack Cousens, head of roads policy for the AA, said: “Car cloning is on the rise and the DVLA is not doing enough to tackle online retailers. Buying banned registration plates in road-legal specifications is concerning, but more worryingis the ability to lift a number plate off a website and copy it without any ownership checks.

“Ultimately, the buck stops with DVLA for not doing enough to tackle online retailers issuing plates to those who have no legal right to claim them.” 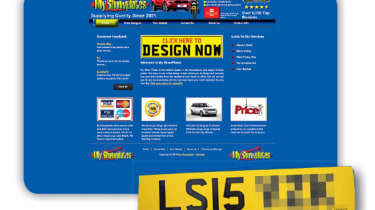 We copied this registration from a BMW X5 (the most commonly stolen car in 2018, according to Tracker) offered for sale in an online classified ad.

We then ordered this number plate, LS15 ***, from Jersey-based My Showplates, and were not asked for any details aside from an address and credit card number during the ordering process. The plates arrived within two days. My Showplates did not respond to our requests for comment. 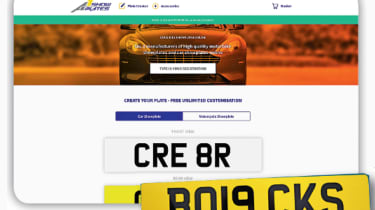 We bought the number plate BO19 CKS – a registration banned from the road by the DVLA for being too rude – from A1 Show Plates, a company with an almost identical address to My Showplates.

Despite selecting ‘Road Legal’ from a ‘Plate Legality’ menu, this banned plate arrived within two days, and we were not asked for documentation other than an address and credit card number. A1 Show Plates did not respond to our requests for comment. 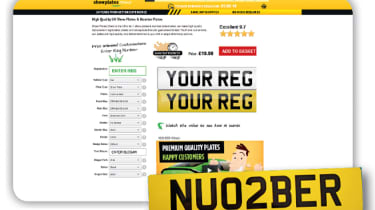 NU02BER, a legitimate reg offered for sale by the DVLA, was supplied to us by Show Plates Direct. But we took out the space between the ‘2’ and ‘B’ when ordering the plate, making it illegal to display on the road.

We contacted Show Plates Direct, who initially claimed that it had “no such order for this registration or indeed payment from this E-mail address”. The firm did not reply when we provided an order number and explained to them that we used a different E-mail address to place our order. 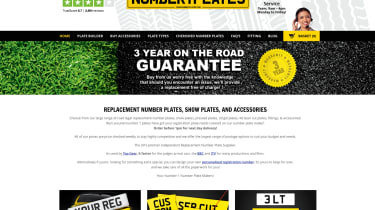 While the three companies above sent us dodgy plates with no questions asked, one supplier acted in accordance with UK regulations.

DVLA-approved, Yorkshire-based Number1Plates asked us to provide a copy of our V5C logbook, retention certificate or other proof of ownership, as well as a utility or bank bill. We did not send these documents, did not receive the dodgy plates and Number1Plates subsequently refunded our £25.97.

Why are fake plates bad news?

A more worrying issue is cloned plates. A criminal with a stolen car may find an identical car for sale online, get a duplicate plate made up based on the advertised car’s registration, then fit this plate to the stolen car. The advertised car won’t have been reported stolen so this cloned plate won’t activate police alerts, despite being placed on a stolen car. The number of drivers telling the DVLA that their car had been cloned has quadrupled over the past six years.

Click here for everything you need to know about UK car number plates, including laws, history and what they mean...