Personalised number plates: the top 10 most expensive ever 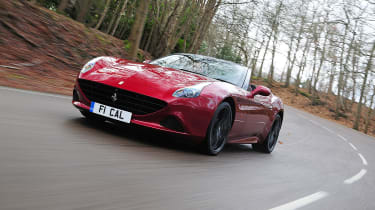 Love them or hate them, the sale of personalised number plates is big business for the Driver and Vehicle Licencing Agency. Since the DVLA twigged they could make a fast buck from selling individual registrations to eager punters three decades ago, they’ve racked up almost £2 billion in sales.

An incredible 5.9 million personalised registration numbers have been sold since the agency started offering them in 1989. That first year saw just 658 sold, but the number jumped to 26,000 a year later. Over the course of the 2018/19 financial year, more than 400,000 plates were sold at the series of live and online auctions the DVLA now runs annually. Takings can now be as high as almost £120 million per year, which is great news for taxpayers as funds go straight into treasury coffers.

The first ever sale in 1989 was run by auction house Christies, when the top price was £160,000 paid for registration 1A. In hindsight, that seems a shrewd investment as the plate is said to be worth much more today.

But the reserve prices of those plates pale into insignificance compared to the record-breaking registrations the DVLA has sold in its three decades of personalised-plate auctions. Back in 2014 the plate 25 O was sold to a Ferrari dealer for £400,000, with the buyer paying upwards of £500,000 after fees and VAT. The plate is now believed to be on a Ferrari 250 GT SWB previously owned by Eric Clapton.

Still, they point out that it only takes one or two people to take interest in a specific UK number plate for bids to explode, with determined enthusiasts letting their hearts rule their heads in the auction room. May speculators and dealers even make a living from trading valuable number plates as our guide to making money from buying and selling personalised plates shows.

Sometimes UK number plate prices really do go through the roof. Below are the ten UK licence plates that have hit the highest prices...

Now discover our investigation into how easy it is to buy an illegal number plate in the UK...