London Congestion Charge: what is it, which cars pay and which are exempt?

All the facts about the £11.50 charge for driving into central London including a map, how to pay and how to check if you need to... 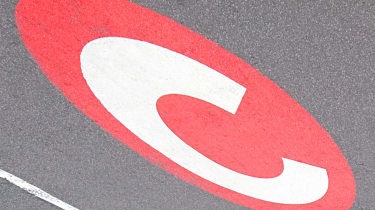 The £11.50 Congestion Charge and £12.50 ULEZ (Ultra Low Emission Zone) charge for driving in London have been suspended until 18 May 2020 as a result of the coronavirus pandemic. From 22 June 2020 the Congestion Charge will temporarily increase to £15 per day, and will apply seven days a week between 7am and 10pm.

About the Congestion Charge

Since 17 February 2003, motorists wanting to drive into London at peak times on weekdays have had to pay a Congestion Charge for the privilege.

The scheme is enforced by Transport for London (TfL) and is a separate to the ULEZ (Ultra-Low Emission Zone) which currently operates in the same area.

Read on to learn more about the Congestion Charge, including what it is, which vehicles are affected and how to pay it.

What is the Congestion Charge?

The Congestion Charge is an £11.50 daily fee that motorists have to pay if they want to drive into central London at any time between 7am and 6pm, Monday to Friday. As its name suggests, the purpose of the congestion charge is to reduce congestion in the city centre - something that was first examined in a UK Government report in 1964.

The charging zone applies to the area within the London Inner Ring Road, including the City of London and the West End. Out of Greater London’s total population of around 8.9 million people, approximately 136,000 live within the Congestion Charge zone.

Some vehicles are exempt from the Congestion Charge, but drivers of those that are affected and fail to pay will face a fine of £130, reduced to £65 if paid within 14 days. 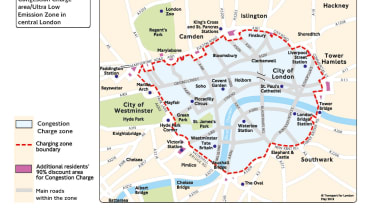 Which vehicles have to pay the Congestion Charge, and which are exempt?

If you drive a conventional petrol or diesel car, or a non-plug-in hybrid (including mild hybrids), you will have to pay the Congestion Charge if you drive into central London during its hours of operation.

These rules will tighten up even further in October 2021, when PHEVs will lose their exemption. Then, in December 2025, drivers of electric cars will also be required to pay.

The following groups of people and vehicles are fully exempt from the Congestion Charge or eligible for a discount:

How to pay the Congestion Charge

If you regularly drive into central London during the Congestion Charge’s hours of operation, you can set up an Auto Pay account. Doing so demands a £10 annual registration fee, but you’ll receive a £1 discount on the daily charge.

If you’re buying a used vehicle and you want to check to see if it has outstanding congestion charge fines you can email TfL at this address. OutstandingCCPenaltyCharges@TfL.gov.uk

According to MPs, carmakers should pay for air pollution. Do you agree?

The global Covid-19 pandemic has had a major impact on life in the UK. Here’s everything you need to know about how it affects cars, motorists and the…
Visit UK car production plunges 99.7% in April