Not everyone likes the same cars as British buyers. In fact, you'll never have heard of some countries' favourite cars… until now. 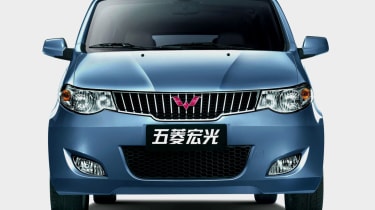 The top selling cars in the UK are household names but many of the favourite cars from other countries around the world may not have registered on your radar.

With the help of BestSellingCarsBlog.com we're exploring some of the unfamiliar motors that top the sales charts in far flung nations from Venezuela and Mozambique to Iran and North Korea. These obscure machines haven't made it to the UK for various reasons but they go down a storm in some markets and it does make you wonder if we're missing out. 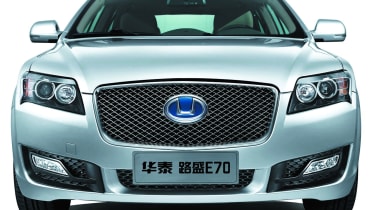 Hawtai is a small Chinese car maker involved in a joint-venture with Hyundai from 2002 to 2010, and which continuesto use Hyundai technology today. Last year, it shipped 200 Lusheng E70 taxis to the North Korean capital Pyongyang, and given how limited – and secretive – the North Korean new car market is, the likelihood is that this should be sufficient for the E70 to be the number one new car there. The only other reasonable alternative is the Pyeongwha Samchunri, a rebadged Jinbei Haise van, which itself is based on the 1989 Toyota Hiace. 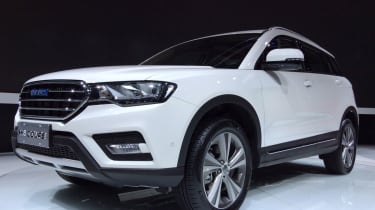 Chinese manufacturer Great Wall is already present on UK roads with its Steed pick-up, but sales have been slow. It’s definitely not the case at home, where its Haval range of SUVs has been a runaway success for over a decade and got promoted to a fully fledged brand in 2013.

Since then, the Haval line-up has expanded at breakneck speed from two to seven models, claiming the title of number one SUV brand in China. Close to 400,000 sales are expected in 2015 for its best-seller the H6, starting from the equivalent of £10,000. Haval now wants to conquer the world to become the number one SUV brand globally – a rather outlandish goal. It launches in Australia, Russia and Chile at the end of the month. 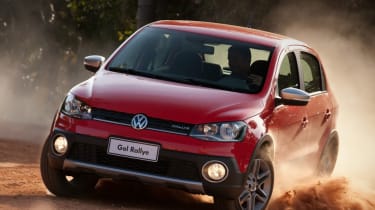 No, this is not spelt wrong. The Volkswagen Gol was launched in 1980 in Brazil to try to appeal to Beetle buyers – the same rationale behind the Golf nameplate launch in Europe in 1974.

The Gol went on to beat the Beetle at its own game, becoming best-seller in Brazil for 28 of the past 30 years. It remains the top-selling vehicle in South America with over 325,000 units sold in 2014, including a saloon version called the Voyage. Strangely, though, the Gol was discontinued in both 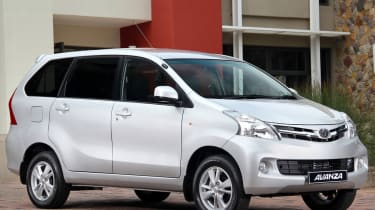 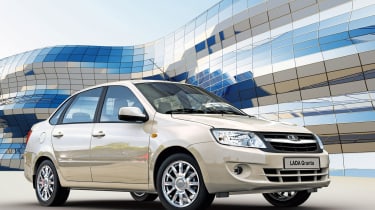 Russian car maker Lada, now part of the Renault-Nissan alliance’s stable of brands, is a distant memory in Western Europe, but continues to dominate its domestic market with 17.7 per cent share so far in 2015. The Granta was launched in 2010 to replace the ancient ‘Classic’. It is number one in Russia with 41,071 sales over the first four months of 2015 and also in Kazakhstan at 4,011 units, making it the best-selling nameplate over an area covering 20 million km2. 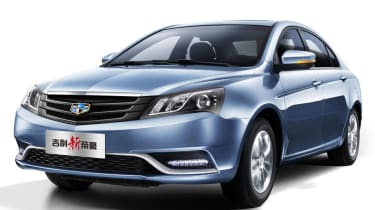 Geely acquired the Volvo brand from Ford in 2010 and has made tremendous inroads quality-wise in the past 12 months. Its Emgrand EC7 starts at the equivalent of £8,000 and is currently the best-selling domestic saloon in China, with 75,189 finding a new home so far in 2015 after a peak of almost 200,000 in 2013. The EC7 has also found buyers easy to come by in export markets: it ranked second best-seller overall in Ukraine and fourth in Egypt last year. 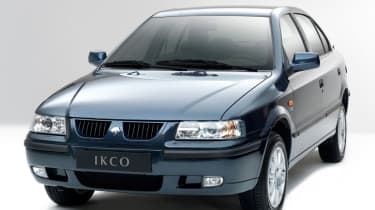 Iran Khodro is the leading car manufacturer in Iran and a long-time partner of Peugeot and Renault. Although built on the Peugeot 405 platform, the Samand is considered to be the first national Iranian car and has been the best-selling domestic saloon there since its launch a decade ago. Over the past year 100,643 were produced domestically, but the Samand is or has also been assembled in Senegal, Syria, Belarus, Azerbaijan, Venezuela and China. 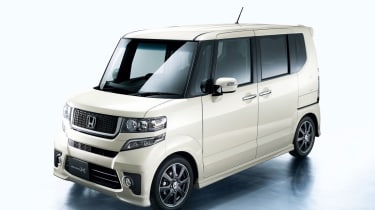 Kei cars are a Japanese innovation designed to comply with local government tax and insurance regulations. Lower taxes apply to these vehicles, which are restricted in exterior dimensions (no more than 3.4m length and 2m height) and engine displacement (660cc max). Kei cars reached a record 2.3 million sales or 40 per cent share in Japan in 2014, and leading sales this year is the Honda N-Box, with a still impressive 79,717 units. 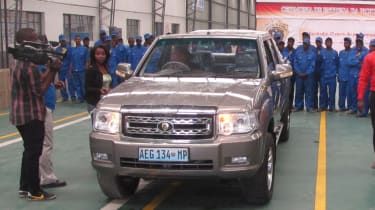 Although not a best-seller yet, the Matchedje F16 Pick-up could soon turn out to be in its native Mozambique, as it is assembled locally and so escapes steep import duties. Chinese investment has transformed Mozambique into a car-assembling country through the creation of Matchedje Motors, named after a village which hosted the Congress of the Mozambique Liberation Front, the political party currently in power. Production target is one million units by 2025. 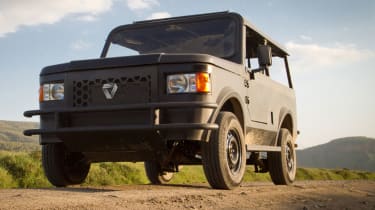 In the same vein as the Matchedje F16, the Mobius II isn’t selling by the truckload yet, but as the first national car of Kenya, it could be heading for blockbuster status pretty quickly. Aiming at facilitating mobility for a growing class of Kenyan entrepreneurs, the Mobius II is an off-roader priced similarly to a seven-year-old saloon (£6,400) and designed to handle the degraded state of most rural and urban sub-Saharan roads. 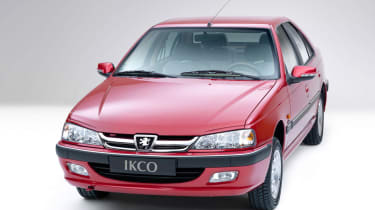 Looks familiar? That’s because the Peugeot Pars is none other than a facelifted Peugeot 405, launched in Iran in 1999. Although outdated and equipped with mechanicals that are approaching their 30-year anniversary, the Pars is simply the best-selling vehicle in Iran, when including the original 405 that’s still on sale in the country. No less than 265,405 units were produced in Iran over the past 12 months, making it one of Peugeot’s best-sellers worldwide. 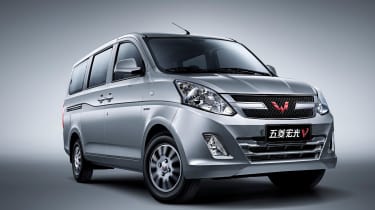 Launched in January, the Wuling Hongguang V is a bare-bones version of the best-selling Hongguang on Page 36. Its functionality and low prices (from £4,500 to £5,400) have made it one of the fastest vehicles to reach 30,000 monthly sales in the worldwide history of the car: it reached 30,003 units in March, compared to 32,298 Ford Focuses sold in the whole of Europe in that same month. 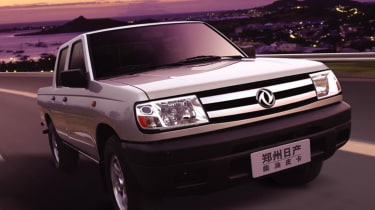 Dongfeng made headlines last year when it acquired 14 per cent of PSA Peugeot-Citroen, a long-time joint venture partner in China. The firm also sells its own vehicles, and the Rich pick-up is none other than a previous-generation Nissan Frontier that’s been relatively successful in export markets. In a politically unstable environment, it outsold the Mitsubishi Lancer and Toyota Corolla to top the Venezuelan charts last year with 3,181 sales. 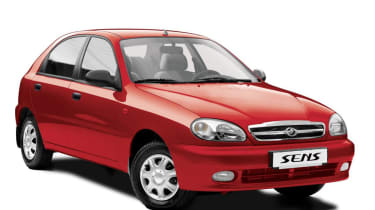 If it looks like a Daewoo Lanos, that’s because it is a rebadged one, produced under licence by Ukrainian maker ZAZ since 2005 – the original model’s lifespan was from 1997 to 2002. The Ukrainian car market imploded in 2014 due to the Crimean crisis, with sales cut in half to just 97,020 registrations. Toyota and Chinese manufacturer Geely dominate the brands’ ranking, but the local ZAZ Sens is the best-selling nameplate with 3,128 sales.

With the Chinese car market going from two million to 25 million annual sales in just over a decade, the number of domestic car and truck brands has grown to reach close to 100 today.

The top local brand is Wuling with 1.4 million sales in 2014 alone. General Motors has a 44 per cent share in Wuling through a joint-venture with Chinese car maker SAIC Group, itself the owner of MG and Roewe (Chinese for Rover).

Wuling specialises in multi-purpose micro and minivans particularly popular in the Chinese countryside. The Hongguang starts at the equivalentof £4,700 and is the best-selling vehicle in China outright: its 750,019 deliveries in 2014 ensure it’s one of the 10 best-selling nameplates worldwide above the Ford Fiesta.

Which (if any) of these best-selling cars would you like to see on sale in the UK? Let us know in the comments section below...