"There are countless lies surrounding the real-world capabilities of diesel, petrol and electric cars" 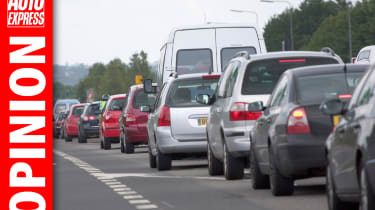 I always have, and probably always will, like Volkswagens. As a 17-year-old, my first car was an air-cooled Beetle. Over the past three decades I’ve driven over 100 VW-badged production cars and prototypes. Today, my modest car collection includes three VWs – one new, one old, one ancient.

Despite my fondness for the brand, in Auto Express magazine in March 2014 I warned of serious problems with the MPG/emissions/range claims of some Volkswagen vehicles – particularly diesels. I reported that on a gentle, traffic-free, daytime run to Geneva in perfect conditions and in one hit (i.e. no cold engine drawbacks), the Golf 1.6 I was driving drank 30 per cent more derv than it should have, according to official figures.

For obvious reasons I blamed the manufacturer. But I also pointed the finger of accusation at lazy legislators. It’s these couldn’t-give-a-toss politicians and idle prosecutors who’ve turned a blind eye and enabled Volkswagen, plus other manufacturers, to short-change consumers.

With this in mind, my question was: “Shouldn’t there be a law against this sort of thing?” After all, fictitious fuel consumption figures inevitably result in greater-than-predicted expenditure on fuel, higher-than-promised levels of emissions and lower-than-claimed driving distances per tank of diesel... or petrol.

What we’re talking about here is not just a VW problem. It is, on a global scale, an industry problem. There are countless fiddles and lies surrounding the real-world capabilities of diesel, petrol and 100 per cent-electric cars... plus taxis, vans, trucks, coaches, buses, motorcycles.

With all this in mind, let’s tear up the current, tired, flawed and discredited ‘system’ of testing vehicle MPG/emissions/range. And let’s replace it with one that allows UK PLC to recruit trained, accredited, wholly independent senior engineers who’d carry out daily spot checks at new car dealerships. They’ll require cop-like powers to temporarily seize new vehicles – which would then be subjected to 60-minute, cold-start, real-world road tests that’d be fiddle-free. Such tests would result in a new breed of no-nonsense official figures.

Tell us what you think about the system for testing car mpg and emissions in the comments section below...