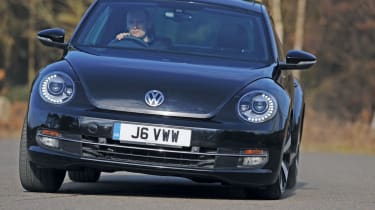 The second generation Volkswagen Beetle is greatly improved over the car it replaced. The styling is dramatic and contemporary, there’s more of a premium feel inside and out, and it’s even more fun to drive thanks to the better dynamics of the Mk VI Golf platform on which it’s built.

With a reasonable level of practicality – as long as you don’t expect too much – and low running costs, it’s a style statement that doesn’t demand too much in the way of compromises.

Its ageing platform lacks some of the latest VW Group safety and comfort technology though, and by many objective standards the MINI is a better choice. But if you’ve got to have a Beetle, you shouldn’t be disappointed.

There are some eight decades and roughly 22 million sales between the original ‘People’s Car’ Volkswagen Beetle and the current model. What is more significant, though, is that the Beetle of today is more of a style accessory than a vehicle designed to mobilise a nation.

When the modern Beetle was launched for the first time in 1997 it began a new era for carmakers, as it combined new running gear with a stylised exterior and retro design elements carried over from the original Beetle. The template has been copied by many rival car makers, with cars such as BMW's MINI and the Fiat 500 tasting success with the same formula.

The New Beetle - as it was called - lasted until 2011 when it was replaced with the second generation version. This Mk2 dropped ‘New’ from the name, and underneath the reworked body it shared the same platform as the VW Golf Mk6 as well as that car’s range of petrol and diesel engines.

Facing competition from the MINI and the Fiat 500, the Beetle is also a rival to the DS 3 and Audi A1 in the premium supermini sector. If you’re happy to sacrifice some practicality to get your hands on a more distinctive look, then the Beetle is also an alternative to the VW Golf or other conventional hatchbacks. 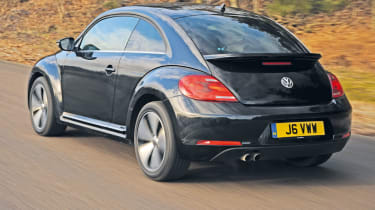 The Beetle range comprises the standard car followed by Design and R-Line models, while VW has previously offered Turbo Black and Turbo Silver special editions, to name but a couple. There's also a Beetle Dune version, which adds jacked-up suspension, decals and wheels that are colour-coded to the bodywork. All models come with air conditioning, bluetooth and a DAB digital radio as standard, with keyless entry and a panoramic sunroof among the options on the higher trims.

An update to the range in 2016 reduced the number of engines available in the Beetle to three. Two of those are turbo petrols, producing 104bhp and 148bhp from 1.2-litre and 1.4-litre units respectively, and the other is a 109bhp 2.0-litre diesel. All Beetle models - with the exception of the basic-spec edition - are come with the option of a DSG twin-clutch gearbox in place of the normal six-speed transmission.

As well as a three-door hatchback, customers also have the option of the Beetle Cabriolet, which carries a premium price hike over the standard car. It's offered in the same trims as its sibling, with identical engine and gearbox options.

There’s never been a better time to snap up a reimagined classic, but is the MINI Cooper or VW Beetle a better buy?
New Volkswagen ID. Buggy concept review 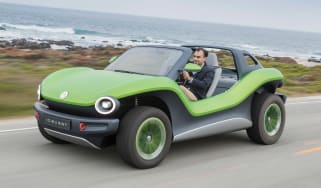 The Volkswagen ID. Buggy concept was one of the stars of Geneva, and now we've been for a drive
Volkswagen Beetle production finally ends 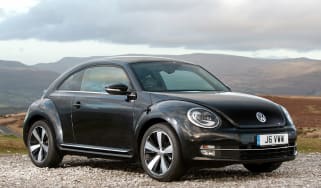 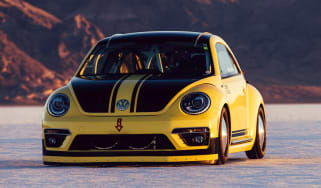 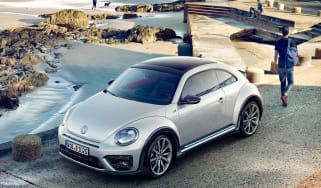 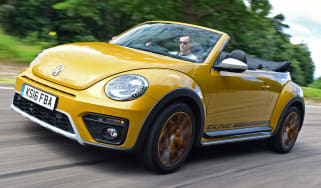 Sporty Volkswagen Beetle Dune is finally set for showrooms, and we try drop-top on British roads
VW Beetle Dune goes on sale in UK from £21,300 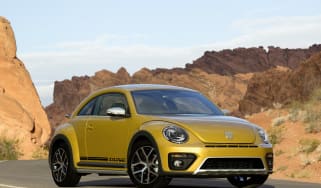 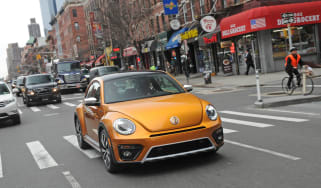 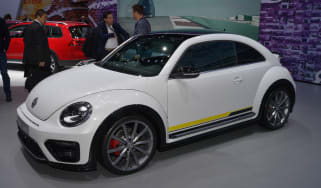 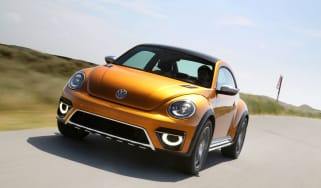 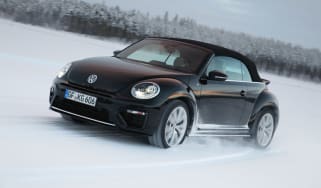 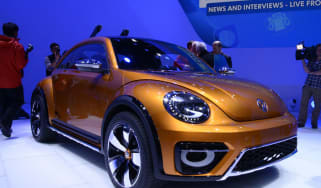 The VW Beetle Convertible offers a great blend of style, economy and driver enjoyment - but it's expensive
VW Beetle GSR on sale 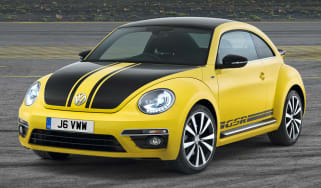 The Volkswagen Beetle GSR has been revealed, and it will be limited to only 100 models in the UK
VW Beetle Cabriolet 50s 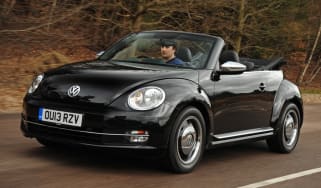 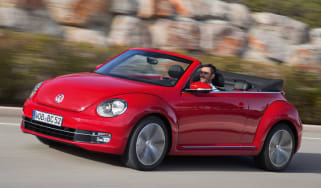 Does turbodiesel power add to the appeal of the all-new Volkswagen Beetle Cabriolet? We find out...
VW Beetle Cabrio 1.4 TSI 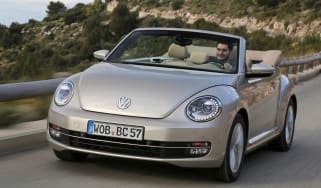 Does the all-new Volkswagen Beetle Cabriolet have the substance to match its style? We find out…
Limited-edition VW Beetle Fender revealed 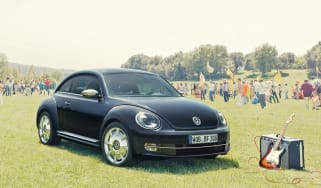 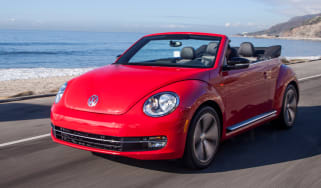 We drive the new soft-top Volkswagen Beetle Cabriolet, following its debut at the LA Motor Show
VW Beetle vs Audi A1 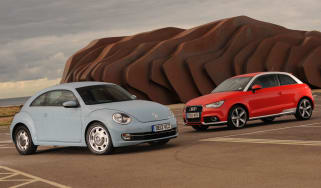 VW Beetle vs Audi A1

Looking for an economical hatch with flair? We compare diesel versions of the Volkswagen Beetle and Audi A1 to see which does it better
VW Beetle 2.0 TDI 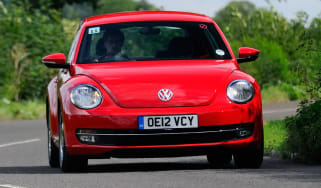