Agile Automotive could put Denmark on the sports car map 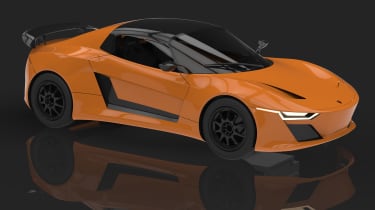 Agile Automotive - a small company operating in Denmark - is aiming to capture a slice of the light sports car market pie with the announcement of two new models for both road and track.

The SC122 - which can be ordered either in road-legal or track-only forms - contains a 3.5-litre V6 engine which produces a handy 419bhp, and can be fitted with either a five-speed manual or seven-speed sequential transmission.

• The best sports cars you can buy

The adoption of a carbon fibre chassis - built by F1 veterans House of Composites - ensures a total weight of just 850kg, and with the added bonus of a mid-engined layout, the SC122 promises to tread lightly and live up the company’s ‘Agile’ name at the same time.

But it isn’t just about outright performance. Alternatively, Agile Automotive will fit a naturally aspirated V6 instead, satisfying customers who don’t want their new sports car to be quite so intimidating.

The other model on the Danish outfit’s books is the less powerful SCX, which is also available in road or track setups with a Euro6-approved 2.0-litre Toyota engine. This delivers a choice of either 178bhp or 274bhp, with the latter thanks to the aid of a supercharger.

And while the the SCX is significantly down on power compared to its sibling, it makes do without “unnecessary” components like a windshield and doors to keep weight to an impressive 600kg. Which should mean that it handles like a radioactive go-kart. 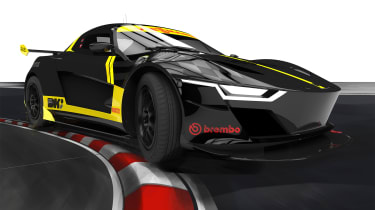 Styling-wise, the the SC112 is akin to an Elemental RP1 or a Zenos E10R, with various Lotus comparisons also being drawn in the media. Given the price tags, Agile Automotive’s offerings will have to drive like nothing else to earn their place on the market...

Can Agile give Lotus a run for its money? Let us know in the comments section...