Part-electrified versions of the XE, XF and F-Pace SUV are on the horizon according to these new spy shots 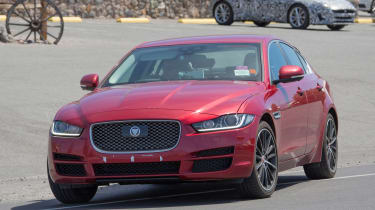 Jaguar is plotting a three pronged hybrid offensive according to this batch of spy shots sent to us from the United States, revealing HEV versions of the XE, XF and F-Pace SUV undergoing assessment by JLR engineers.

The cars in the pictures themselves do little to hint at their mild-hybrid underpinnings – they look just like any regular versions of Jaguar’s two saloons and sole SUV offering. However, our spy snapper was able to unearth two smoking guns: fuel log sheets in the cars referring to them as HEVs – hybrid electric vehicles – plus an XF with a not too subtly labelled battery isolator switch at the rear of the car. All three cars spied are fitted with isolator switches in the same place. 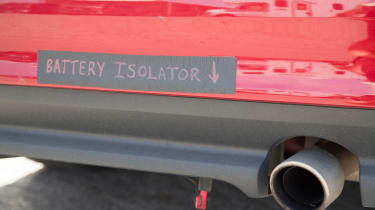 Jaguar has been more than open about its plans to launch a range of all-electric cars with the reveal of the I-Pace Concept, which will go on sale next year. The firm has also entered Formula E – the all-electric single seater racing series – as a means to test future technology that will feature on new electric road cars.

While JLR has been pushing all-electric cars into the foreground, new hybrid models will account for an important slice of the firm’s cars in the near future. 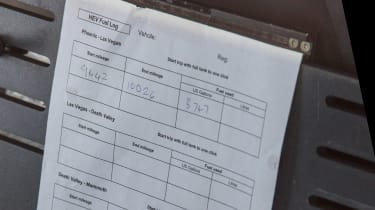 Speaking to Auto Express in 2016, JLR’s CEO Dr Ralf Speth said: “Forty to fifty percent of our range will be electrified by 2020”, with new hybrid models plotted across both Jaguar and Land Rover brands.

We’ve already published detailed spy shots of what could be the first Land Rover badged car to arrive – a plug-in hybrid version of the Range Rover Sport. Spotted by our spy photographers near Land Rover’s Gaydon HQ, the plug-in Range Rover Sport boasts a charging point hidden behind the badge on the grille. As for the tech underpinning it though, speculation is all we can rely on. 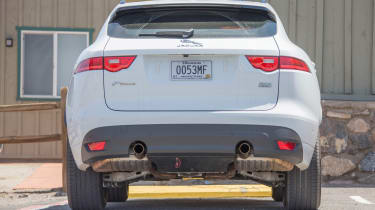 Asked about the three Jaguars spotted here, a spokesperson told us: “We do not discuss our future product plans, however, we have said we are expanding our product ranges. As a result there are many Jaguar and Land Rover development vehicles and technologies being tested at any one time.”

It’s likely that these cars are testing a mild hybrid system in comparison to the plug-in tech being tested on the Range Rover Sport. The F-Pace points to this being the case as it is badged as a petrol powered 25t model, suggesting that the 237bhp 2.0-litre turbocharged engine will be bolstered by electric power.

What do you make of JLR's hybrid push? Let us know in the comments...