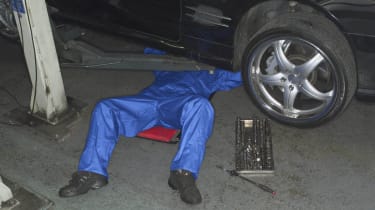 Almost three million vehicles have failed their MoTs as a result of ‘dangerous’ defects, with the updated MoT test revealing the true extent of how badly maintained almost 10 per cent of Britain’s cars are.

The MoT test underwent one of the most significant shake-ups in its 59-year history in May 2018, when new defect categories (Minor, Major and Dangerous) and fresh checks were brought in.

Official data from the 12 months since those changes were introduced has revealed that 2,952,487 of the 31,285,618 vehicles submitted for their MoT failed last year due to defects that were classified as Dangerous. That mean 9.4 per cent of vehicles tested had a fault that posed “a direct and immediate risk to road safety” or “a serious impact on the environment.”

The vast majority (29,537,183) of the vehicles tested were cars, with 2,769,081 (9.37 per cent) failing due to a Dangerous defect. Such faults include missing brake pads, twisted steering shafts, and exhausts that are “likely to become detached.”

Precisely a third of all cars submitted for their MoT in the 12 months since the test changed failed due to Major or Dangerous faults, far higher than the 17 per cent of failing motorbikes, and 29.7 per cent of minibuses. Worryingly, though, 40.9 per cent of goods vehicles with a weight of between two and 37 tonnes failed their test, with over 13 per cent doing so because of a Dangerous fault.

And officials from the Driver and Vehicle Standards Agency (DVSA), which is responsible for administering the MoT, are concerned that the number of vehicles with dangerous faults is likely to be even higher.

Neil Barlow, the DVSA’s head of vehicle engineering explained: “With a quarter of cars turning up late for MOT every year, that means there are lots of potentially dangerous vehicles badly in need of inspection.”

“We urge people to sign up to our free MOT reminder service so they get their MOTs done on time, helping keep Britain’s roads safe.”

The most common cause of an MoT failure in the 12 months from May 2018 were problems with suspension components (these caused 18.3 per cent of failures), followed by issues with lights and electrical equipment (14.9 per cent) and brake problems (8.8 per cent).

It is worrying enough that almost three million vehicles had a defect bad enough to be considered dangerous when assessed for their MoT, but the annual roadworthiness check can only pick up so much. At the start of the year, for example, we revealed almost a million UK cars have defective Takata airbags that are subject to an outstanding recall, putting drivers at risk of the ‘bags firing metal shrapnel at their necks if they misfire.

Has your car recently failed its MoT? Let us know below...