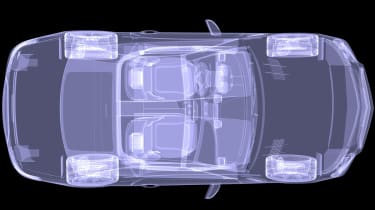 Wirelessly recording driving data, flexible premiums and driverless cars. That’s the future of the motor insurance industry, according to a new report by the software provider The Innovation Group.

Telematics, or black boxes, will be fitted to more cars, and pay-as-you-drive cover will arrive within the next decade. The study found 74 per cent of drivers would fit a black box if it cut premiums. Currently, the tech accounts for only one per cent of policies.

The report says the older generation is most receptive to using telematics, with 83 per cent of over-65s in favour against only 61 per cent of 18 to 24-year-olds. This is despite the system being aimed at cutting costs for young drivers.

Auto Express recently revealed how the number of telematics policies had risen dramatically since their 2009 launch, despite not always being the cheapest option. The report found drivers will also demand more insurance cover flexibility, and companies will introduce more pay-as-you-drive and month-to-month policies over the next 10 years.

But motorists are not so keen on driverless cars. Only seven per cent were happy to buy a car that handed over control to an automated set-up.

What do you think about the growing use of telematics in our cars? Is it ok if it lowers the cost of car insurance or is this another case of the surveillance society taking over? Tell us on Twitter, on Facebook or join the debate in the comments section below...