What are the drug driving limits? UK laws explained

An average of four UK motorists a day are found guilty of driving on drugs, partly thanks to drug driving law changes introduced in 2015 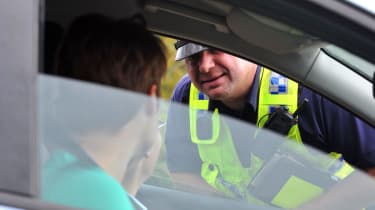 Recent figures have shown that drug drivers are now as likely to be found guilty as those who drink and drive – a reassuring thought. This improvement in the enforcement of drug driving laws follows on from changes to UK law introduced back in 2015 which aimed to tackle drug driving.

With the population now taking more prescription drugs than you can shake a crutch at, it is important to know which drugs restrict your driving capability, what the legal limits for those drugs are and how soon you can get behind the wheel after taking them.

That being said, there is some confusion among certain drivers on drug driving limits for illegal drugs. Fortunately, we can clear that one up straight away. Apart from very small amounts, which are deemed as ‘accidental exposure’ illegal drugs are still illegal, so the quantities that are ‘allowed’ to be found in your blood are very low. Either way, get caught with any illegal drugs in your system and you will attract the attention of the police regardless of the quantities involved.

As part of the new laws mentioned above, police forces can now use ‘drugalysers’, which test for common recreational drugs such as cannabis and cocaine on the roadside. Alternatively, forces can run blood tests at police stations for drugs such as ecstasy, LSD, ketamine and heroin without having to gather evidence that the driver was impaired as was previously required. Below, we have included a table breaking down the threshold limits of accidental exposures (i.e the maximum of each substance you can legally be found with in your blood without getting arrested for drug driving) for the most common recreational drugs in the UK.

Now that is out of the way, the question of what are the limits for drivers taking medicinal drugs still remains. The Government provides the following guidelines for drugs which can impair your driving ability and the respective limits for each – these change dependingon the risk they pose to motorists. On top of this, the Government says that medical advice on whether or not you should be driving after taking these drugsis a must with all of them.

It is impossible to provide a rule of thumb for what dosage equates to the threshold levels as it differs from person to person and is affected by variables such as diet, water intake and exercise.

However, the good news is that those taking medicinal drugs can consult a doctor, who should be able to assist further. As always the rule is that if you are in any doubt at all, do not drive a car.

What is the punishment for drug driving?

The laws for drug driving run along the same lines as those for drink driving and the same is true for the way they are policed with roadside breath and drug tests being in the front line.

If you’re caught driving while under the influence of drugs the penalty is hefty. You’ll get a criminal record for a start and also a driving ban. Your licence will be taken off you for at least a year and the fine for breaking this new law is anything up to £5,000.

National Police Chief’s Council spokesman, Chief Constable Anthony Bangham said: “This change in law has enabled us to prosecute thousands more dangerous drivers who may have previously escaped detection yet still presented a very serious threat to other road users," he said. 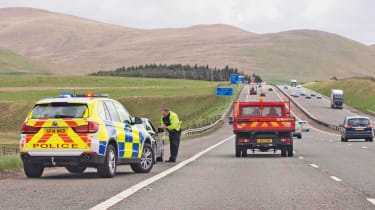 "Far too many people still attempt to drive under the influence of drugs. We are better prepared to catch them than ever before and will ensure that they face the full penalty of law."

Transport minister Paul Maynard said: "Our tough approach has taken dangerous drivers off our roads and is stopping other crimes taking place.

"With higher prosecutions and convictions, we are delivering on our clear message that if you take drugs and drive, you will face the consequences.

Drug-driving: what the figures say

Previous research conducted by THINK! reveals 20 per cent of people know someone who has driven after taking illegal drugs. Almost half of those surveyed said as a passenger, they would not feel comfortable asking a driver if they were under the influence of illegal drugs.

Dr Kim Wolff, reader in addiction science at King’s College London and an advisor for the government drug drive policy, said: “It is worrying to note that so many drug drivers said they felt safe to drive after taking illegal drugs.

“Illegal drugs seriously impair skills required to drive safely, such as reaction time and decision making. In many cases those who take certain illegal drugs believe that they are safe to drive, but are in fact putting themselves and others at risk.”