General Election 2017: what will a coalition Government mean for the motorist?

The 2017 General Election results are in, but with no clear winner, we look at what each of the parties promised in their manifestos 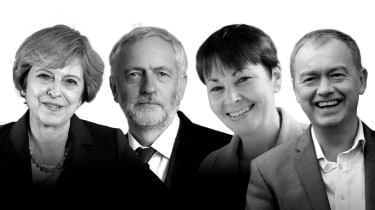 Theresa May’s plans to deliver a bigger Conservative majority in the House of Commons as the UK heads towards Brexit negotiations backfired as her party failed to reach the 326 seats required for an overall majority in the snap General Election she called for. Instead, a hung Parliament has been confirmed just 11 days before Brexit negotiations are to begin, spelling major uncertainty for the UK's car industry and the motorists.

The Conservatives are still the largest party, but no longer have the majority in Parliament after both Labour and the Lib Dems gained seats in the General Election. For the moment, the Conservative party will remain in office until a new Government is formed.

A frantic round of talks is now expected to go ahead between major parties in the UK to form a coalition. Whatever that will be, there are some important motoring issues to answer between now and 2022 ranging from proposed plans for a diesel scrappage scheme to autonomous cars and the UK car manufacturing industry, as well as the road infrastructure and electric cars. Read on below to see what each of the major parties promised in their election manifestos.

If a Conservative-led coalition is formed, the party will focus on improving the UK's industrial position after it leaves the European Union, as well as emphasise electric car development.

Investment: The Conservatives have laid out “A Modern Industrial Strategy” in their manifesto. In it, they aim to identify industries vital to the economy and support them through trade, tax and training policies.

The automotive sector is likely to feature very high on this list, as previously the Conservative-led Government has said that it wants the UK to be a “leader” in autonomous vehicle technology.

• Car finance explained: how to get a cheap deal

The manifesto also promised support for businesses working towards greener transportation, such as smart grids and electric vehicles. A crucial cornerstone for autonomous vehicles will be 5G mobile network coverage. The manifesto said it aims to have 5G coverage for the “majority of the population” by 2027.

Infrastructure: The Conservatives say they are working on one of the “largest-ever investment programmes in our roads and railways, putting some £40billion into transport improvements across the United Kingdom.” On a local level, the Conservatives have pledged to set aside £1.1billion to improve local transport by 2020.

After gaining over 30 seats in Parliament, Labour will likely try to form a coalition Government. In its manifesto it set out the following priorities for motorists.

Road standards: The fall in UK road deaths figures has stagnated over the last few years, and Labour has said it will strive for zero deaths through “setting out bold measures that will continuously improve safety standards.”

The party also said it will work on improving road standards, and emphasised the need for universal 5G coverage. Previously, Jeremy Corby, leader of the Labour party, said he would abolish hospital parking charges in the UK.

Low-emissions cars: Labour has said it will “position the UK at the forefront of the development, manufacture and use of ultra-low emissions vehicles, supporting the creation of clean modes of transportation.”

Energy: According to the manifesto, a Labour Government would “ensure that 60 per cent of UK’s energy comes from zero-carbon or renewable sources by 2030.” Good news for EV owners concerned that the electricity their car uses comes from polluting powerplants.

Brexit: Labour has said it accepts the referendum result, and would negotiate for a Brexit that puts jobs and the economy first. This means “retaining the benefits of the Single Market and the Customs Union – which are essential for maintaining industries, jobs and businesses in Britain.”

Diesel scrappage scheme: A standout from the Lib Dems is to ban on diesel car sales by 2025. The party has said it would prevent any new diesel cars or small vans from being sold in the UK to help improve local air quality.

It would also introduce a diesel scrappage scheme for old diesels and 10 new cities would create ultra low emissions zones where drivers of the most polluting vehicles would be charged to enter.

Buses would also be under greater scrutiny. The Liberal Democrats said they want “all private hire buses and diesel buses operating in urban areas to run on ultra-low emission or zero-emission fuels within five years.”

Tim Farron’s party also said it would introduce a new law to reduce greenhouse gas emissions by 80 per cent by 2040, and promises net emissions to be zero per cent in 2050.

Road infrastructure: The party promises “significant investment in road and rail infrastructure”, but does not disclose any specific figures.

Emissions cheating fines: The Green Party says it wants to penalise car manufacturers that have been found cheating in emissions testing with a “one-off fine”. It has also pledged to create a new Clean Air Act that would expand the number of clean air zones in the UK.

Incentives to switch from diesel: If elected, the Greens will also target diesel cars, but they have not gone as far as banning the sale of such vehicles altogether.

Instead, the party says it will “help end the public health crisis caused by air pollution, by increasing incentives to take diesels off the roads”.

It will aim to encourage motorists to switch to alternative means of transport by investing “in low-traffic neighbourhoods and safe, convenient networks of routes for walking and cycling”.

Brexit: Interestingly, EU membership isn’t ruled out by the Green Party. Under a Green Government, voters would be given a final say on any Brexit deal negotiated, including the option “to reject the deal and remain in the EU”.

Cancelling the planned introduction of eCall: The mandatory fitment of eCall is set to be introduced to all new cars from March 2018, but if elected UKIP will stop this process. eCall is being marketed as a life-saving feature that will automatically contact the emergency services in the event of a collision, however UKIP refers to it simply as a "vehicle tracking system".

EV charging infrastructure: With the growing popularity of electric vehicles, UKIP recognise the need for a better charging infrastructure. The party supports the installation of rapid charging stations in towns and cities, and also encourages the provision for EV chargers in all new housing and industrial developments.

Britdisc: The party has coined the term 'Britdisc'. All overseas drivers in the UK will have to display a tax-disc style sticker that would help identify those who break UK traffic laws.

Who will do most for the motorist in this General Election? Tell us in the comments below...