California-based startup company, Czinger, has unveiled its world-beating 21C hybrid hypercar – with the promise that three more models are on the way 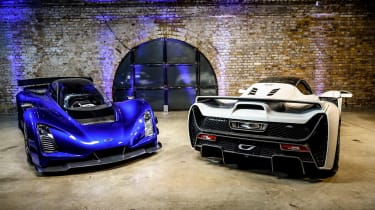 This is the Czinger 21C. It's an all-new, one-plus-one petrol-hybrid hypercar, tasked with rivalling the likes of the McLaren Speedtail and the forthcoming Aston Martin Valkyrie. Production will be strictly limited to just 80 units, and each will carry a price-tag of between $2.5 And $3.5 million.

The California-based startup brand is managed by Kevin Czinger – an entrepreneur who runs a technology development company for a day job. During the development of the 21C, the company filed more than 350 patents relating to the project – and almost all of the hypercar’s technology was designed and built in-house.

The 21C is laden with unique 3D-printed components. For example, the wishbones and suspension uprights are printed with a biological design, which uses the least amount of material to provide the maximum amount of strength – which Czinger says is similar to the way muscle and plant fibres are developed in nature.

Couple these novel construction methods with an ultra-lightweight aluminium-carbon-fibre chassis, and the 21C tips the scales at a featherweight 1,233kg. As such, it has the hallowed 1:1 power-to-weight ratio and an impressive collection of performance figures.

The engine is a twin-turbocharged 2.88-litre V8 unit which can run on eco-friendly, carbon-neutral bio-methanol fuel. Also, somewhat unusually for a startup company, the unit has been developed completely in-house. It has a redline of 11,000rpm – and generates 950bhp on its own, which Czinger says makes it the "world’s most power dense production engine." 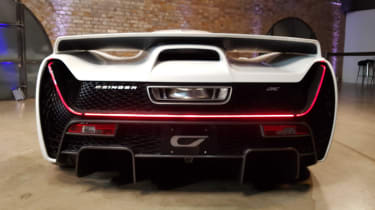 Currently, the combustion engine sends power to the rear wheels via a seven-speed dual clutch gearbox – although the company's Chief Technical Officer, Jon Gunner, said this could be replaced on the production versions. It's supported by a pair of 150bhp electric motors on the front axle, which offers a combined maximum output of 1,233bhp.

Unsurprisingly, 21C’s 0–62mph sprint is quicker than pretty much anything else on the market, with a claimed time of 1.9 seconds. More mind-blowing is that, from rest, the LA-made Czinger can hit 186mph in 15 seconds before topping out at an incredible 268mph.

With performance figures like those, you’d expect the 21C to have some finely tuned aerodynamics to keep it stable at high speeds – and you’d be right. Czinger says it will offer two versions. The standard road-going 21C musters 250kg of downforce at 155mph, while an even lighter track-focused 21C sacrifices some top speed (236mph) for 790kg of downforce at the same 155mph cruising speed.

Another quirk of Czinger Automotive is that, unlike most recent 1000bhp-plus hypercar manufacturers, the company hasn't looked towards customer deposits to raise the necessary funds for the car's development. The 21C project was financed personally by Kevin Czinger and a select group of his affluent peers, who raised the funds for the car's development prior to the construction of the first prototypes.

Czinger’s Chief Commercial Officer, Jens Sverdrup, commented: “What you see here is $150–$200 million spent already. What you’re comparing us to is a supercar brand that actually doesn’t have anything – they’re showing a mock-up. And you can make a really nice mock-up for £1 million, and you can have a really nice stand at Geneva for £1 million.

“Then, they’re going to the market with that and trying to get deposits to actually fund whatever they’ve promised to do. We’ve done it the other way around – these cars perform already and we’re not asking for any deposits to develop this product. 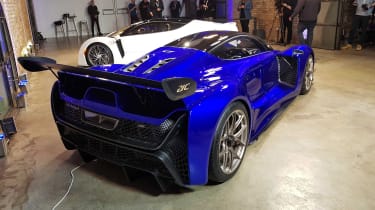 “Everyone does it. Even the big brands do it. Famous brand show mock-ups – and I guess if you’re a famous brand it’s easier, because you’ve proven that you’ve been around for the last 100 years. With a new brand, it’s a tricky one, because there’s no trust. So this is the only correct way to do it, because it means we’re not playing with a customer’s money.”

The future of the Czinger brand

By the sound of it, Czinger is in this for the long-haul. Sverdrup outlined the brand's product strategy, stating: “We have a bigger plan. There’s a future model line-up, that consists of luxury cars and supercars – but we’re not a hypercar brand. We’re a super-luxury brand, with a hypercar on top.”

Czinger's Chief Technical Officer, Jon Gunner, also told Auto Express that three more cars, occupying a range of price-points, have been shortlisted for production – although the specific nature of these projects are yet to be confirmed. 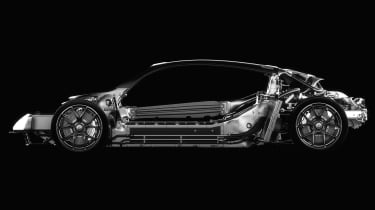 However, one thing which Sverdrup made quite clear was that they're unlikely to be fully electric. When pitched the question of whether Czinger would build a full EV, he said: “Why would we want to build an electric car – which is really bad for the environment – when we have an existing, functioning infrastructure? You can get alternative fuels out of every gas station that’s been built in the last 100 years, so why would we even consider a full EV?

“Basically, I think the industry is attacking the problems from the wrong direction. If we can have carbon-neutral fuels and have lightweight cars, then why are we messing with electric powertrains? As it stands, I still think there’s a lot of life left in these internal combustion engines.”

What do you make of the Czinger 21C? Let us know in the comments section below…