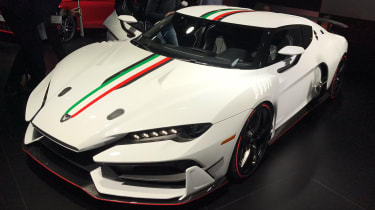 Legendary automotive design house Italdesign has pulled the wraps off its show-stopping new supercar, the Zerouno. It has been launched under the “Italdesign Automobili Speciali” brand and is limited to just five units.

The Italdesign Zerouno marks a return to small series production for the Italian company, which has been part of the Volkswagen Group fold since 2010. 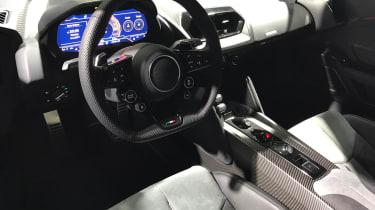 The car makes use of a modular platform combining lightweight materials such as aluminium and carbon-fibre, while under the engine cover is a 5.2-litre V10 engine, shared with the Lamborghini Huracan and Audi R8 V10. No power figure has been quoted, but it produces 602bhp in both the Huracan LP 610-4 and the Audi R8 V10 Plus.

With that sort of power on board, Italdesign says it's capable of 0-62mph in 3.2 seconds and a top speed of 205mph. 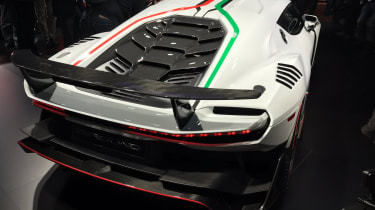 The Zerouno’s bodywork is made entirely out of carbon fibre, while the styling is aggressive, boasting angular folds, slashes gills. The huge rear wing at the back is matched with a large and intricate rear-diffuser and exhaust setup. The whole design is somewhat reminiscent of the style of Italdesign’s parent company, Lamborghini.

No prices for the car have been revealed just yet, but the five examples will likely cost over £1million each, while buyers will be offered plenty of customisation options.

What do you think of Italdesign's new supercar? Let us know in the comments.