We take a dash around Paris in the Citroen DS, the original goddess of automotive chic. Plus, we look at its top innovations 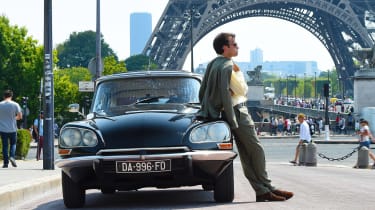 Paris isn’t called the ‘city of love’ for nothing. With its paved streets and Neoclassical architecture, the place oozes elegance and a romance that some capitals can only dream of. But there’s a love affair that’s so strong in the city’s boulevards, even Napoleon and Josephine can’t match it – and that’s Paris and the DS.

Ever since a convoy of Citroen DSs slinked up the Champs-Élysées in 1955, chased by hundreds of Parisians chanting “Une DS, une DS, voilà la DS!”, Paris and that car have been entwined in the greatest love affair ever seen.

• DS: the history of Citroen luxury in pictures

It all started when the DS debuted at the ’55 Motor Show in Paris’s elegant Grand Palais. Around 750 people put in orders within 45 minutes of the expo opening, and 12,000 had handed over deposits by the end of the first day. 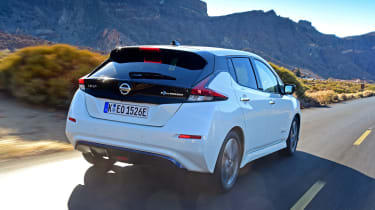 The model graced Paris’s streets until it bowed out in 1975 – but look hard enough and you’ll see it’s still around. Sixty years on, the French capital is now home to one of DS Automobiles’ ultra-prestigious DS World stores – and along with giving Parisians a taste of the brand and the lifestyle it promises, it also offers classic DSs for hire.

For those who are in love with the DS, or are simply in the mood for an unusual way of touring Paris, there are two itineraries – both with a seasoned chauffeur. Eternal Paris and Romantic Paris tread different routes around the capital, and cost from €240-€445 (£175-£325). However, today we have said a polite ‘non’ to our chauffeur, and instead we’ve taken the helm of the 1973 D-Special waiting outside.

There’s nothing quite like a DS. Parked against the kerb, the D-Special is in ‘lounge’ mode, with its hydropneumatic suspension at its lowest setting. Pull on the chrome door handle and this goddess – the DS badge was a play on the word déesse; French for goddess – almost curtsies as you slide on to caramel fluted seats as plush as sofas. 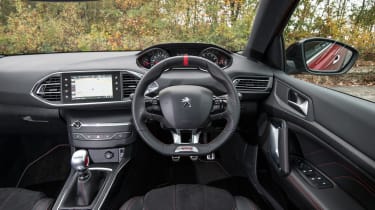 The distinctive one-spoke steering wheel and plastic dash – both innovations when new – are a stark contrast to the chrome and leather, but we twist the key and the car elegantly rises up to its default road setting. Release the lever-operated parking brake, tug on the gearchange; we’re away.

Out on to the Champs-Élysées, and we’re heading towards the Arc de Triomphe, our first destination in our whistle-stop tour of the city. Most Parisians leave their hometown in August to make way for the legions of tourists such as us, so the Arc de Triomphe gyratory is not a playground for beaten-up Renault Twingos, but instead hosts hundreds of tour coaches and taxis. 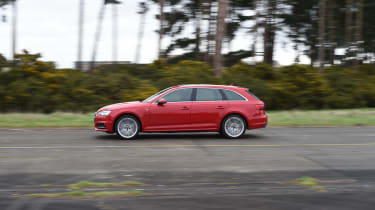 However, we’re behind the wheel of a DS – and the traffic parts in respect. The other drivers allow us a couple of uninterrupted circles around the great arch, while day-trippers turn their cameras away from the Arc and instead snap another French icon.

Along the paved Champs-Élysées once more (accompanied by more snaps and waves from passers-by), past the Grand Palais, along the Place de la Concorde and across the ornate Pont Alexandre III bridge. Now we’re in the shadow of the Eiffel Tower. A gendarme in a police van turns a blind eye to our photographer Otis hanging out of our camera car to snap the DS on Quai André Citroën.

A safe U-turn and we’re cruising through the chic Seventh Arrondissement district, along tree and cafe-lined boulevards – our progress charted by yet more tourists’ smartphones. Over the Seine again, and the DS basks in the August sunshine as we round the Jardin des Tuileries and head to the Louvre. 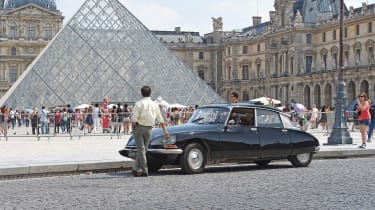 Another policeman convinces himself we don’t exist as we pull alongside the famous glass Pyramide du Louvre and park up somewhere we shouldn’t. We’re surrounded by Brits, Italians and Japanese – all believing we’re in a moving piece of art that’s escaped from the gallery, and all wanting their picture taken with the DS.

Back on the road, the heat nudges 36 degrees Celsius. With the windows wound down, full-length vinyl sunroof rolled back and cold air fan on the go-slow, we’re stifling, our shirts clinging to the leather – yet the DS is untroubled. The 98bhp 2.0-litre engine is unremarkable, but it’s the way the car rides that’s the highlight; it glides along broken roads like a magic-carpet cliché. And with the large wheel and column-change box, it’s easy to impersonate those DS drivers in classic French films who sawed away at the steering with their hand elegantly resting on the gearlever. 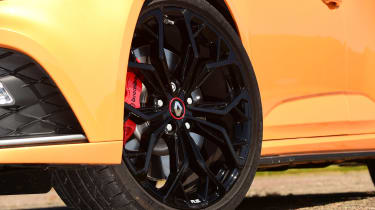 Now we’re heading east, and as we pull up to have our snap taken under the vast superstructure of the Centre Pompidou, we’re flagged down by an inquisitive man, excitedly muttering “DS”. He pushes his smartphone towards us to take a picture.

He tells us, in broken English, how original our car is, and how the French are so proud of the DS. And then, as quickly as he appeared, he saunters down the Rue Beaubourg explaining to anyone who’ll listen that there’s a DS parked up ahead. 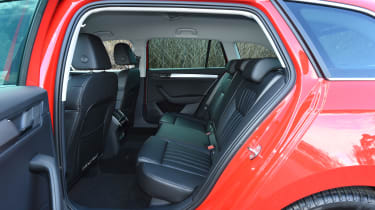 Pictures finished, we head south to swap hi-tech architecture for gothic style. We ride up outside the Notre-Dame, with tuk-tuk cycle taxis clearing a path for us to get the best parking space. More tourists, keen to snap a French icon outside a French landmark, clamour around the car, while uploading their pictures to their Instagram profiles.

With the departure time for our flight back home rapidly approaching, we turn the DS’s pointed bonnet westwards to glide back alongside the Seine through the afternoon rush hour. We need to get the goddess back to DS World for another lover to be chauffeured around Paris tonight. This time, they’ll be doing it with far more romance than we’ve done. They won’t be needing a clean shirt, for starters...

When the ethereal shape of Citroen’s DS was unveiled to the world in 1955, it must have turned heads at 20 paces next to conventional, boxy British family cars.

But the looks were nothing compared to the technical innovations the DS pioneered under its svelte skin.

At the top of that list has to be the DS’s clever hydraulic system that controlled the suspension, brakes and gearbox. Unlike most other cars, which usually have steel springs, the DS’s oil and nitrogen-filled suspension ‘spheres’ supported the weight of the vehicle and took care of the damping, giving a supremely refined ride. 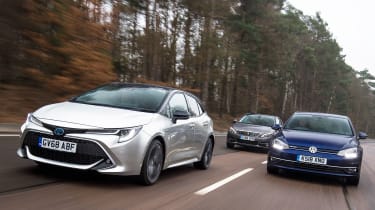 In fact, the tech was so clever, it was later sold to Rolls-Royce, as the British brand couldn’t better it. With a hydraulic oil tank under the bonnet and an engine-driven pump to keep it all under pressure, drivers could also select the car’s ride height. This gave the DS its amazing party piece, where the body floated up and down.

It resulted in fantastic comfort, and selectable ride height settings meant the Citroen could even tackle cobbles with composure. It was this technical innovation that famously got French president Charles de Gaulle away from an assassination attempt, allowing him to escape at full speed with his DS’s tyres shot to pieces.

While the car’s original 1.9-litre engine – later enlarged to 2.1 and then 2.3 litres – was fairly conventional, the auto box was anything but. It used a hydraulic system to operate the clutch, so the driver simply had to lift off the throttle, flick the lever to the next gear and carry on smoothly. 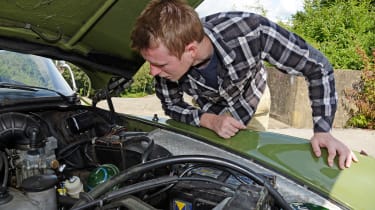 The innovations continued. While Jaguar’s C-Type racer pioneered disc brakes, the DS was the first mass-produced car with powered front discs. And the single-spoke steering wheel was marketed as a safety feature; there was less chance of the driver hitting it in a crash, and it gave a clear view of the instruments.

However, along with its floating suspension, the DS is most famous for its swivelling headlights. These came along with the 1968 Series 3, when a redesigned nose featuring faired-in ‘directional’ lights made its debut. The inner lamps were connected to the steering, so could turn up to 80 degrees – letting the driver ‘see’ through the corner, giving better visibility and boosting safety. The self-levelling outer lamps mean the view ahead wasn’t interrupted by bumps. 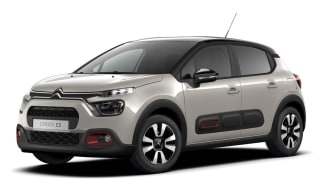