The Cupra Ateca, the first model to be spun off SEAT's former performance arm, will cost from £35,900 in the UK.

With other brands seeing success with standalone performance nameplates, Cupra has been fashioned into an entity of its own, with SEAT boss Luca de Meo previously alluding to Abarth as an example of how to squeeze extra profit from existing models.

The Cupra Ateca reflects a wish from SEAT management for the new sub-brand to stand for sophistication and high-end specification - although hardcore models aren’t being ruled out for the future. The Ateca gets a 2.0-litre turbocharged petrol engine producing 296bhp and paired with a seven-speed DSG dual-clutch automatic gearbox, 4Drive all-wheel drive and adaptive suspension. 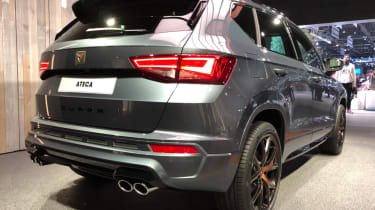 SEAT claims the combination can take the family SUV from 0-62mph in 5.4 seconds (just 0.3 seconds slower than a Porsche Cayman 2.0), and on to a top speed of 152mph. The car can operate in a number of modes, including a new Cupra setting that firms up the suspension and allows more engine noise through to the cabin.

• Opinion: ‘A bold move that can only succeed if SEAT delivers Cupra with confidence’

The new model carries the copper-tinted badge previously revealed by Auto Express as the new division's logo - and there's no obvious SEAT branding present. It will be offered in a choice of six body colours, and each Cupra Ateca will get gloss-black detailing on several exterior elements (including the wing mirrors, side mouldings, wheels and front grille), plus reprofiled front and rear bumpers compared with regular SEAT Atecas, and quad exhaust pipes. 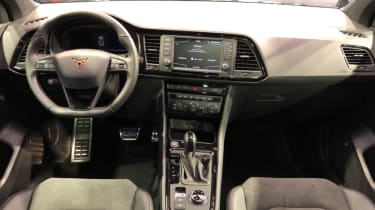 Cupra will be the responsibility of SEAT Sport, the motorsport operation that has history in the World Rally Championship and World Touring Car Championship, and which now builds the VW Group's challengers in the TCR touring car category. The cars will be engineered and finished at the team's headquarters on the outskirts of the SEAT factory site in Martorell near Barcelona.

SEAT Sport has already been working with a number of craft studios and workshops on ideas that could offer Cupra customers greater scope for personalisation. Collaborations confirmed so far include leather specialist Trakatan and high-end cycle manufacturer Fabike.

Cupra models can be serviced at any SEAT dealer but you won't be able to have the full retail experience in every showroom; just 260 dealerships across Europe will have floor space dedicated to the new brand - 25 of which are earmarked for the UK. 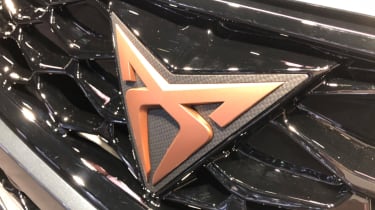 The Cupra Ateca will be followed by a series of models - and SEAT sources say that if the division's sales stack up, it could get its own standalone vehicle in the medium term. The next out-and-out Cupra model could well be smaller than a Leon. SEAT confirmed in its Cupra Ateca release, "the new brand has carried out design exercises on the Cupra Ibiza and Cupra Arona to exhibit the power of the new Cupra world" - and it displayed the first of those two cars at the launch event for the brand. The firm has held back from saying it is committed to producing either vehicle, but Auto Express understands only a strong negative reaction from customers is likely to prevent the models from reaching showrooms.

What do you think of the new Cupra Ateca? Let us know in the comments section below…

Welcome to our Geneva Motor Show hub page, scroll down for all our Geneva content...
New 2020 Cupra Ateca facelift revealed with more tech 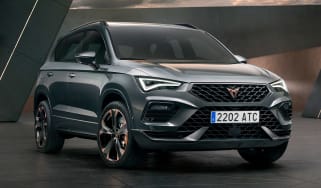