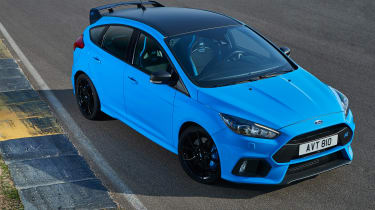 Ford has dialled-up the Focus RS with a new ‘Option Pack’ for its all-wheel-drive hot hatch, which it promises will inject an enhanced driving experience alongside some subtle styling tweaks.

The 345bhp Focus RS is already a serious drivers’ car, but Ford thinks the new Option Pack fettled car will go down a storm with fans and enthusiasts.

The headline act is the inclusion of a mechanical limited-slip differential (LSD) from specialists Quaife, which distributes torque between the two wheels attached to the front axle. If the system detects that one wheel has a lack of grip, the mechanical system will reduce torque delivered to that wheel and redistribute it to the other. 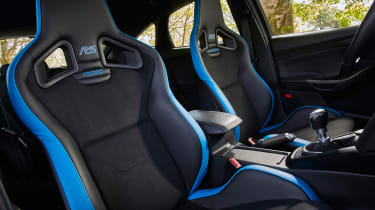 Ford says that the new LSD will deliver extra traction, so drivers can maximise acceleration at the exit of the corner. It works alongside the car’s standard all-wheel-drive system which can send up to 70 per cent of the car’s torque to the rear axle, plus torque vectoring control on both the front and rear axle.

Alongside the new mechanical LSD, the Focus RS Option Pack is singled out from regular versions of the car by a handful of exterior and interior design tweaks. 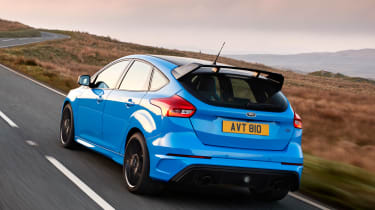 The Focus RS is one of Ford’s ‘Global Performance’ models, and the benefits of the Option Pack won’t be offered to European buyers only – it’ll go on sale in North America as a limited edition model, with the option of a new ‘Race Red’ paint finish, too.

Does the Focus RS Option Pack sound like the one to have? Let us know in the comments!