The Ford Transit is the 2014 Auto Express Van of the Year, with the Mercedes Sprinter and Vauxhall Vivaro commended 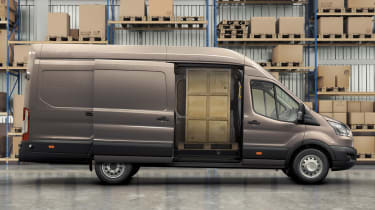 Our Van of the Year is an icon reborn. We waited 14 years for a new Ford Transit, and when one finally arrived it didn’t disappoint.

Ford has completely renewed its van range in under two years, but the big ‘two-tonne’ Transit is the flagship model in the line-up, and the company has managed to improve it in every key area.

The new model range offers a 10 per cent improvement in load volumes, taking the maximum carrying capacity up to over 15 cubic metres.

Fuel economy of 44mpg in the ECOnetic version is outstanding for a large van, while service intervals of 30,000 miles are certain to go down well with fleet managers. 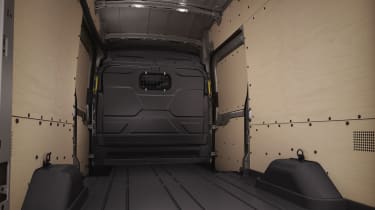 Ford has fitted the Transit with one of the most advanced ESC stability control systems ever seen on a van. It includes Curve Control technology, plus a variety of other add-on features specifically designed to improve the safety of commercial vehicles carrying heavy loads. All Transits also get front, side and curtain airbags as standard.

With aspects of its cabin design carried over from Ford passenger cars, the new Transit has made big steps forward in terms of interior quality. It also inherits the composed ride and accurate handling that make Ford cars such a pleasure to drive on the road.

There’s lots of choice in the Transit range, but the TDCi 125 diesel is our pick. It mixes strong economy with muscle for big loads, while Trend trim adds useful creature comforts. 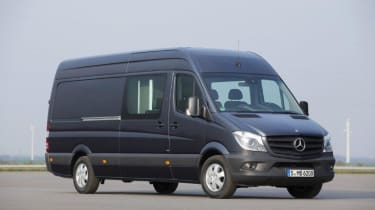 The Sprinter has the size and muscle to cope with the toughest load carrying jobs. It offers an excellent engine range and was one of the first vans to provide an advanced range of safety features. 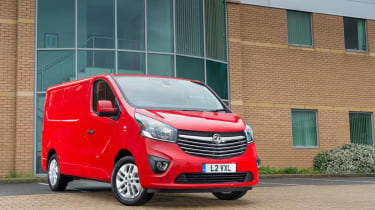