Honda WR-V revealed, but it won't come to Europe

Honda's latest small SUV has been revealed for the South American market, but the WR-V is not heading to the UK 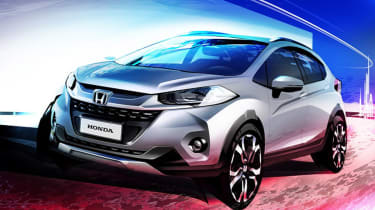 Honda has revealed the first picture of its new WR-V ('Winsome Runabout Vehicle'), which it will launch at the Sao Paulo International Motor Show 2016. While the new SUV will go on sale in South America next year, Honda is not planning to offer the car in Europe.

According to Honda Brazil, it features a “tough and urban” design, and uses the same platform as the Jazz supermini. That would make it a rival for the Nissan Juke or Renault Captur if it were made available here, sitting in the supermini-SUV segment - but the Honda HR-V already occupies that market for the brand in the UK.

The WR-V will likely be front-wheel drive only, and feature only petrol/ethanol engines as diesel is not a popular fuel in South America.

The image released does show a funky new design for Honda, with the large wheels, roof rails and sharp creases in the bodywork all giving it a youthful look. It's much more like the Nissan Juke than the HR-V in terms of styling.

Would you buy a Honda WR-V if it came to the UK? Let us know below... 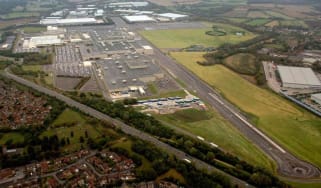