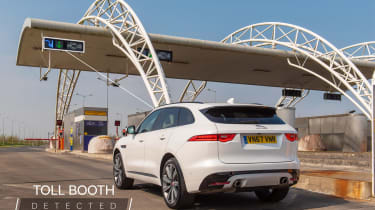 Jaguar Land Rover is launching new ‘Smart Wallet’ technology that will allow drivers to earn cryptocurrency rewards as they drive. The system, which is currently being trialled at the company’s engineering base in Shannon, Ireland, enables cars to automatically report traffic congestion and poor road conditions.

The British firm claims that ‘Smart Wallet’ rewards earned by providing the information can then be used to pay for coffee, toll roads or parking fees, as well as charging tariffs for all-electric vehicles, eliminating the need for loose change or multiple payment accounts. Drivers will also be able to top-up the ‘Smart Wallet’ using conventional payment methods, such as a debit or credit card.

Jaguar Land Rover’s latest software development forms part of its ongoing Destination Zero strategy, which aims to achieve zero emissions, zero accidents and zero congestion. Connected vehicles will act as data gatherers for the cause, with the collected information being used to limit the amount of idling traffic and offer drivers alternative routes. 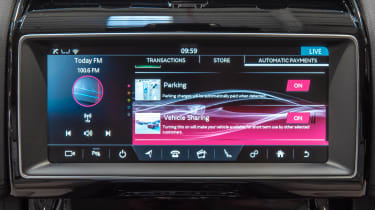 JLR claims its ‘Smart Wallet’ system will provide drivers with an incentive to work towards its 'Destination Zero' goals. Russell Vickers, Jaguar Land Rover’s Software Architect, said: “In the future, owners could choose to participate in a sharing economy – earning rewards from sharing useful data such as warning other cars of traffic jams.”

The British manufacturer speculates that payments to drivers could be issued by navigation providers and local authorities, both of which could use the information gathered by the scheme to improve their services.

To ensure the payments to and from the ‘Smart Wallet’ are secure, JLR has partnered with the IOTA Foundation, latching on to its ‘distributed ledger’ technology.

The system allows payments to be processed quickly without the need for third-party verification, and is forecast to include around 75 billion connected devices by 2025.

What are your thoughts on Jaguar Land Rover’s new ‘Smart Wallet’ technology. Let us know in the comments section below…