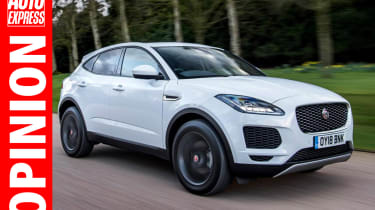 We’re barely a month into 2020, yet it’s already clear that this’ll be The Year of the Carlos. The first one (Ghosn) is the Brazilian-born bad boy who, until recently, was the cockily confident godfather of the Renault-Nissan-Mitsubishi Alliance. But after jumping £9million bail (that must’ve hurt) and going on the run to sunny Beirut, he currently holds the dubious title of world’s most famous international fugitive. Never has a global motor industry executive fallen so far, so fast, so hard, so bloody painfully.

The other Carlos (Tavares) is the Portuguese superstar who enjoys life as the charming and calming, less-is-more chairman of Groupe PSA. The 61-year-old Portugeezer is currently in the running for the title of world’s greatest car industry chief, not least because he’s the architect of the merger between PSA and FCA. His future is as bright as Ghosn’s is grim.

As the father and figurehead of the new family, Tavares knows his four senior clan members are his natural children: Peugeot and Citroen, followed by adoptees Fiat and Chrysler. But almost a dozen more sister brands – including Abarth, Aixam, Alfa Romeo, Dodge, DS, Jeep, Lancia, Maserati, Opel, Ram, Vauxhall and others, possibly – also demand his parental skills and experience. And the wealthy Chinese grandparents (Dongfeng) need a little TLC, too.

A pair of Brits is greatly helping Tavares. Mike Manley, the current FCA CEO, is one. The other is Linda Jackson, who in recent days moved from her Citroen CEO role to an intriguing new one that will seek to clarify and support “differentiation” of the PSA brands. Already, the group has too many small-to-medium cars going head to head with each other.

Look at those competing Peugeot, Citroen and Vauxhall superminis, medium family cars and SUVs, and it’s clear that some have to go, or at least be separated out to give a wider spread of products and prices, to a larger group of potential buyers.

The Peugeot marque surely has to promote itself into borderline premium territory; DS must raise its game, too. This could leave Citroen in the middle and Vauxhall the bargain- basement division of the PSA empire, right? “No, Vauxhall wouldn’t be that,” a senior PSA director personally assured me. So Fiat? Or Citroen then? “Can’t speak for Fiat, but Citroen wouldn’t be that either,” insisted the director representing the Paris-based empire.

It’s undeniable that the new PSA-FCA giant is a world leader in terms of knowledge of and (massive) capacity to build world-class small-to-medium sized vehicles with great little engines. But what about a premium brand, beyond Maserati and Alfa? Well, JLR desperately needs a range of smaller, yet still upmarket, circa-£25k cars and SUVs. Do you see where I’m coming from? Sure, Jaguar and Land Rover should design the exteriors for their entry-level models. But maybe rampant Peugeot and respected sister firm Jeep could take care of the bits beneath the skin.

Carlos Tavares and his right-hand woman, Linda Jackson, are the ideal pair to strike such a manufacturing arrangement with JLR. Do not rule it out.

Do you think JLR would flourish under PSA's guidance? Let us know your thoughts below...