Jaguar XE gets all-wheel drive as part of 2016 updates 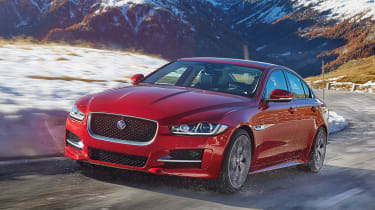 Jaguar's XE saloon has only been in showrooms since April, but it's already receiving some tweaks for the 2016 model year. The BMW 3 Series rival gets an all-wheel drive option and a raft of new tech to keep it ahead of the class big hitters.

For the first time, buyers can opt for a part-time all-wheel drive system on their XE. It's available to order now, paired only (in the UK at least) with the higher-powered 178bhp 2.0-litre Ingenium diesel and eight-speed ZF automatic gearbox. US-spec buyers can have an AWD 335bhp supercharged V6. 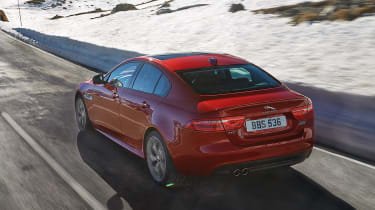 In normal driving conditions, power is sent only to the rear wheels to conserve fuel, but when the Intelligent Driveline Dynamics (IDD) detect a loss in traction, torque is then transferred to the front wheels in 165 milliseconds. 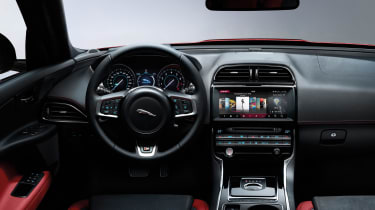 Adaptive Surface Response is also added to all-wheel drive cars, remapping the engine and stability control according to the conditions. All XEs can now be ordered with Configurable Dynamics, allowing individual settings for throttle response, gearshift speed, and the adaptive dampers.

Jaguar is also now adding its new 10.2-inch InControl Touch Pro infotainment system to the options list, also found in the new XF. It's said to bring better response, improved graphics and new features, including intelligent navigation that tells others if you're running late, a WiFi hotspot for up to eight devices and Apple Watch connectivity. 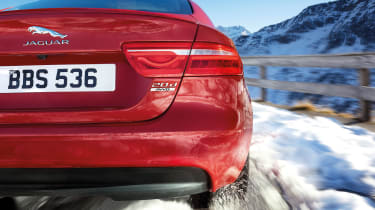 Also added to the driver assistance cystem list are Lane Keep Assist, an Adaptive Speed Limiter and a Driver Condition Monitor. A 17-speaker, 825W Meridian Sound System is also on the options list.