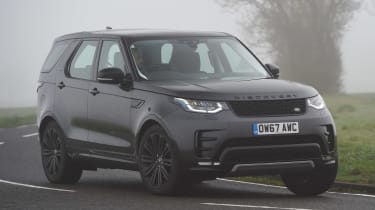 There are few reasons for anyone to consider adding this 336bhp petrol V6 to the Land Rover Discovery. Sure, the car is still one of the finest premium SUVs around, but the engine is thirsty, it doesn’t feel as quick as the numbers suggest, and it’s expensive. The pulling power and lower running costs of the four and six-cylinder diesels make them a much better fit.

People who buy a Land Rover Discovery tend to do so because of three things: its off-road ability, its practicality and its classless image. Outright pace isn’t really a huge concern of the core customer. But if you want the fastest Disco in the range, this supercharged V6 petrol model is it.

But while the figures sound strong, the reality is rather different. Accelerate hard and there’s a notable delay between you pushing the throttle and any physical movement from the car. 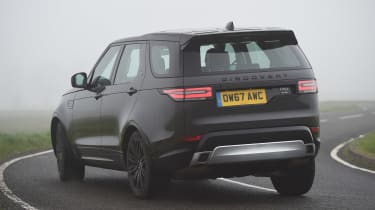 Once the engine has responded, the Discovery eats up the ground with ease, and the standard eight-speed automatic box slurs between gears effortlessly. The engine’s weak spot is its in-gear acceleration. It lacks the low-down urgency and pulling power you get from the V6 diesel.

You’ll pay a penalty for the petrol engine at the pumps, too, because the best we saw during our time with the Land Rover was 21.7mpg. There’s no financial incentive on purchase price, either; at almost £63,000, our HSE is £1,620 more than the equivalent diesel model.

The rest of the package, however, contains everything that makes the Discovery the reigning Auto Express Car of the Year. Even on enormous 21-inch alloy wheels, the ride is cushioned and smooth. The steering is light and doesn’t have much feel, but adds to the car’s relaxed nature.

Inside, it’s a mix of Range Rover-like luxury and utilitarian design; chunky dials and buttons on the dash give it that tough and rugged look for which the Discovery is famous, but the soft leathers and brushed aluminium add a level of sophistication the SUV has lacked in previous generations.