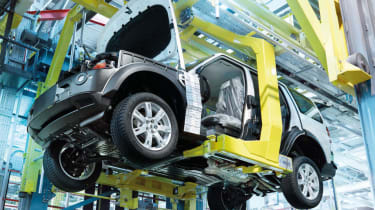 For decades the only Land Rover diesel engine was a modest four cylinder unit, then came the BMW era with Land Rover’s own Td5 and the BMW straight-sixes. But when BMW sold Land Rover to Ford, it wasn’t commercially viable for Ford to buy BMW engines, plus BMW development support ended, yet the existing engines needed updating urgently. So a new diesel engine had to be found for new Land Rovers.

Ford had been working with PSA Peugeot Citroën on a series of smaller diesels for Peugeot and Ford cars, so it made sense to build on this expertise to produce a bigger unit to suit Land Rover’s and Peugeot’s large car needs. PSA had been among the first manufacturers to produce modern high-powered diesels using four camshafts, four valves per cylinder, with high pressure (1650 bar) fuel injection, and closed loop boost control with variable geometry turbos to improve response and efficiency. Initially, this caused some difficulty as Peugeot wanted a 2.5-litre engine and Land Rover wanted a 3.0-litre unit.

A compromise was found at 2.7-litres and work commenced at the PSA engineering centre in Paris. All through the design process, engineers from Land Rover were involved to ensure the engine could cope with the particular demands of a Land Rover application. The immediate need at Land Rover for this engine was in the forthcoming Discovery 3, and the later Range Rover Sport. Compared to many similar, and older, engines the TDV6 is of relatively light weight. Its compacted graphite iron block achieved thin walls without loosing any strength. At 205kg dry weight, it is slightly lighter than the BMW V8 petrol engine of that era, and significantly lighter than older Land Rover diesels, including the Range Rover’s 3.0-litre BMW engine.

The Land Rover variant differed from the PSA and Jaguar applications (the engine was used in the S-type Jag) in a number of ways. Crucially, the sump and oil pick up are deeper, designed to cope with steep inclines found in extreme off-road situations. Additionally, the boost system uses a revised intake and single turbocharger, rather than the twin turbo system used in Jaguars and PSA applications.

For Land Rover models this had the effect of improving low speed torque at the expense of top end power – 190 PS in a Land Rover compared to 204 PS in a Jaguar. Land Rover applications were expected to drive an engine harder than a saloon car might, hauling heavy trailers slowly up steep hills for instance. So the Land Rover V6 had an engine-driven viscous coupled cooling fan to ensure good air flow through the radiator at low vehicle speed. 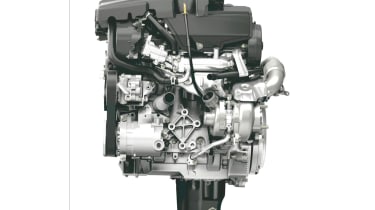 Land Rover's version of the TDV6 had a deep oil sump and pick-up pipe to deal with off-road driving angles. 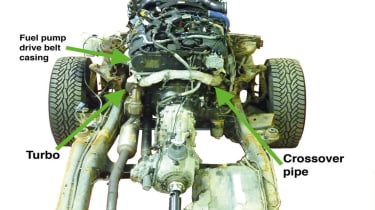 A crossover pipe brings the exhaust from the right hand manifold to the turbo mounted on the left side. 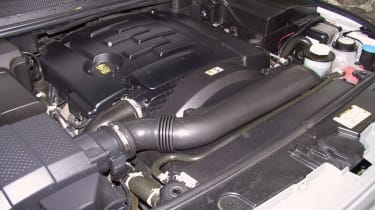 The 2.7-litre TDV6 and its ancillary components fill the Discover 3 engine bay to the hilt. 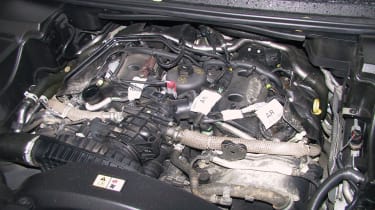 With the acoustic engine cover removed, access to upper engine components is reasonable. 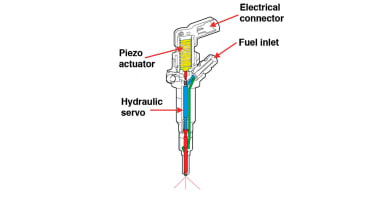 Fuel injectors are operated by piezo actuators which expand when a voltage from the ECM is applied to them (unlike Td5 solenoid-operated injectors).

So what could go wrong? 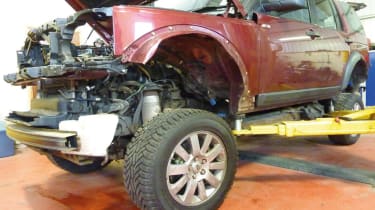 Turbo removal is easiest with body lifted, and an experienced operator can do that surprisingly quickly. 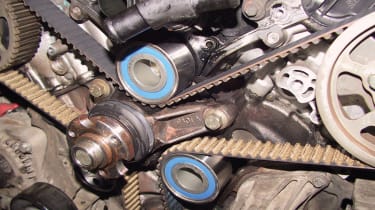 Timely replacement of the camshaft timing belt, tensioner and pulleys where needed, is essential maintenance routine.

In service, the TDV6 is generally reliable and is plenty powerful enough for normal use. Its strength does allow it to be tuned up to noticeably higher power levels, though bear in mind that the standard torque is limited to protect the gearbox.

As with any turbo engine the oil quality is vital, poor quality oil can cause the turbo bearings to wear resulting in a noisy turbo and/or oil smoke from the exhaust. In extreme cases, oil can pool in the intercooler and surge into the cylinders causing misfire or piston and con rod damage. Poor oil quality also increases wear on the camshafts’ cross-over drive chains (see below) and reduces the life of main and big end bearings, so a good service history is vital.

The TDV6 uses a timing belt to drive the exhaust camshaft for each cylinder bank, then a short chain on each cylinder head to transfer drive from exhaust cam to inlet cam, the right hand one being at the rear of the engine and the left hand one at the front. Early engines could suffer from cam chain wear, the tensioner system could develop problems resulting in a cam jumping teeth and ruining the engine. If the engine rattles, then it needs to be checked immediately. Later cam chain systems solved the problem – the parts are reasonably priced but it is a good days work to fit them. 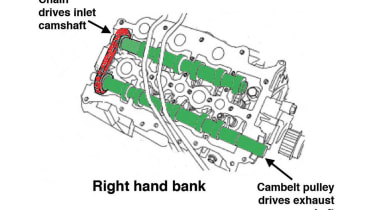 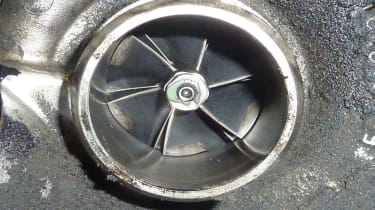 Any turbo can fail. High mileage shows oil deposit on these blades, but this unit failed through poor maintenance. 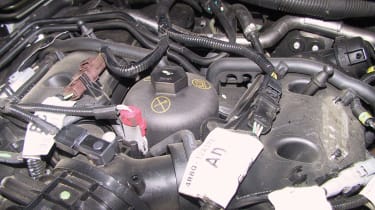 The oil filter cover sits centrally on top of the engine, between the two cylinder banks.

The main timing belt should be changed at between 60,000 and 105,000 miles depending on use, the harder it works the shorter its expected life. At the same time as changing the main timing belt you should also change the short fuel pump drive belt at the back of the engine. In rare cases the main crank bearing shells can rotate and cover the oil way, leading to the crank seizing, or if you are very unlucky the crank could snap. Any rumbling noises from the crank area should be investigated.

The turbo works hard and, with early cars now over ten years old, worn turbos are common. The price of replacement units is falling, but beware of very cheap internet bargains. Some imported turbos can fail soon after fitment, so it’s much safer to get an exchange unit from a reputable turbo specialist. Also, the labour involved in getting at the turbo makes it a costly job unless you can do it yourself, which is no simple task. The engine fits very snugly into the engine bay and there is no room to swing spanners. In fact, the recommended method is to remove the body from the chassis first.

As with any engine of this age the rubber parts such as intake ducts, low pressure fuel lines and cooling hoses should be checked for cracks due to ageing. Replacing hoses before they fail will save money in the long term. 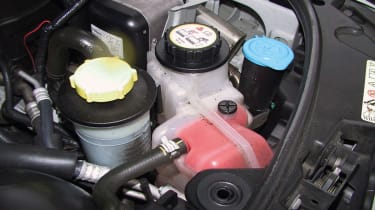 When checking coolant, ignore the red fluid in the top of the reservoir – instead check the level of the lower fluid. 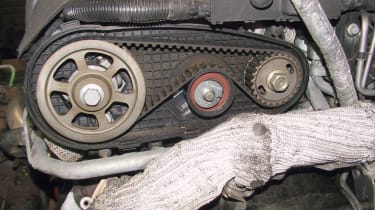 The injection pump drive belt is at the rear of the engine, driven from the left bank camshaft.

You get a lot of Land Rover for your money, but preserving the engine’s long life expectancy requires regular routine maintenance by competent technicians using quality parts and fluids.