Maserati tweaks its Ghibli executive saloon with a slight rename, a new look and some new tech 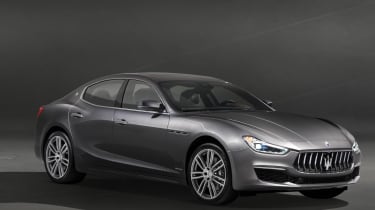 Maserati has revealed a 2018 facelift for the Ghibli saloon, giving its BMW 5 Series rival a slight rename, while introducing minor styling tweaks and new technology.

The Ghibli – four years old this year – is now known as the Ghibli GranLusso, and the refreshed car will make its debut in the metal at the Chengdu Motorshow in China. 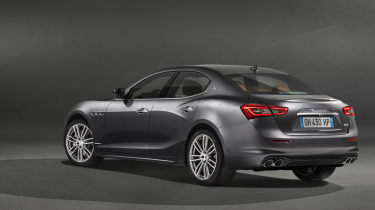 Changes to the design aren’t too substantial. The front bumper is new and now features chrome inserts, while the grille has been altered too and is also chrome, in order to bring the Ghibli in line with the newer Levante SUV.

New GranLusso badging appears on the side skirts, while around the back the rear apron has been tweaked. Maserati reckons that the new rear bumper is sportier looking, and it’s joined by a redesigned diffuser element. The makeover is subtle, but Maserati claims the tweaks all add up to a substantial aerodynamic benefit.

Also new for the facelifted and renamed Ghibli are the adaptive full LED headlights, while new, unspecified semi-autonomous driving features are also part of the refresh package. UK prices and specifications have yet to be revealed, nor a release date.

What do you think of the new Ghibli? Leave your thoughts in the comments below.