Mazda 2 gets a refresh with new equipment and GT models 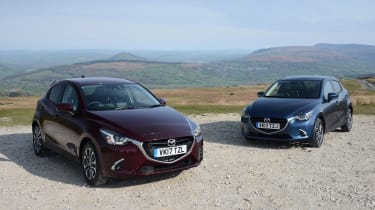 The Mazda 2 range has been refreshed, featuring new technology, changes to the interior and the addition of two new models – the Mazda 2 GT and GT Sport.

As standard, all Mazda 2 now come with Mazda’s G-Vectoring Control system. It works in a similar fashion to a torque vectoring unit, varying the engine’s torque across the front axle for more precise cornering. Mazda also says it has tweaked the steering, while the damper settings have been revised too in a bid to enhance the ride. Additionally, the marque says body control has also been improved. 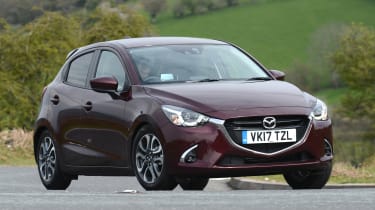 All models get new interior fabrics, plus a new steering wheel and noise insulating glass alongside extra sound deadening under the bonnet. On the outside, new door mirrors feature, while SE-L and SE-L Nav cars now get LED front foglamps and folding mirrors as standard.

The two new trim levels are added to the range in the form of GT and GT Sport. These two models are marked out with LED headlights with daytime running lights, a body contrasting black rear lip spoiler on the top of the hatch, plus new 16-inch alloy wheels. 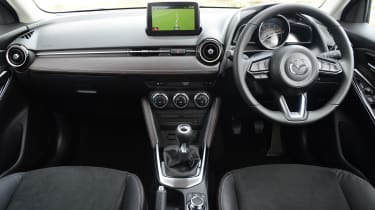 The standard GT model is powered by an 89bhp 1.5-litre petrol engine, while the GT Sport gets the same unit but with 113bhp. In terms of equipment, all cars above the entry level SE model get a 7-inch colour touch screen infotainment display with smartphone connectivity and navigation, DAB radio and cruise control. The GT and GT Sport build on this with rear parking sensors, keyless entry and climate control air conditioning.

What do you make of the two new additions to the Mazda 2 range? Let us know in the comments! 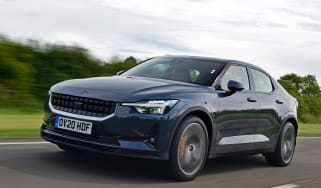 The stylish, all-electric Polestar 2 oozes quality and is a great alternative to a Tesla.
Polestar 2 vs Tesla Model 3